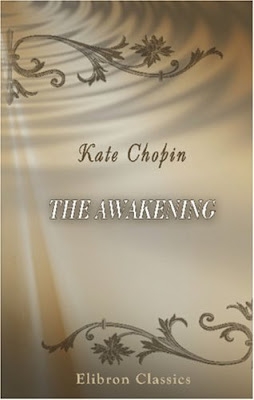 
When first published in 1899, The Awakening shocked readers with its honest treatment of female marital infidelity. Audiences accustomed to the pieties of late Victorian romantic fiction were taken aback by Chopin's daring portrayal of a woman trapped in a stifling marriage, who seeks and finds passionate physical love outside the confines of her domestic situation.

Aside from its unusually frank treatment of a then-controversial subject, the novel is widely admired today for its literary qualities. Edmund Wilson characterized it as a work "quite uninhibited and beautifully written, which anticipates D. H. Lawrence in its treatment of infidelity." Although the theme of marital infidelity no longer shocks, few novels have plumbed the psychology of a woman involved in an illicit relationship with the perception, artistry, and honesty that Kate Chopin brought to The Awakening.

The Awakening was not quite what I expected it to be. I knew it was about a lady who is married and decides to have an affair with someone else. I actually listened to the audiobook and reading in between listens and it was an interesting read in that I enjoyed the plot line, I can appreciate how it must have gone over when it was first published, but it was kind of boring at the same time. It took me a while to get through the audiobook, and I did enjoy the narrator, but something about it didn't capture my attention as much as I would have liked.

The Awakening is the story of Edna Pontellier and how her life changed one summer. She is content in her life, she is fond of her husband, though maybe not in love with him, and she has two kids who are alright. She doesn't really seem to be attached to her family. She is just as happy to send her kids off to stay with someone else as have them around. Actually she is probably happier not to have to take care of them. She spends the summer by the water with the other wealthy families and it would be ideal for most people. It is here that she meets Robert and really starts to question if she is happy and what would make her happy. It is here that she falls in love for the first time and has to start questioning herself and what she should do from here on out.

Edna is bound by these rules of society, but she likes to think for herself. She doesn't always adhere to what is right by others and I did enjoy that. I can appreciate that at the time this was probably very shocking as it showed this woman trying to own what she feels and what she wants. It is different in context of today where it is not as scandalous, but definitely would still be looked down upon. I was reading some of the other reviews and people seem to be really upset by Edna not being mother of the year, not caring that much for her children. There is still this expectation for mothers to care and love their children always. It might be different if I had or wanted kids myself, but I found it refreshing. Not every woman has that mothering instinct. Not every woman is happy with kids. And Edna wasn't. She wasn't a horrible person because she was almost indifferent to her children, that is just the way she is. I found her to be a really sympathetic character and as I said above I like the plot of this book a lot. I like the characteristics, the thoughts, the feelings of all of the people. I just didn't think the writing agreed with me. It was a bit too...something that made it a tad boring for me to read. It was interesting and a bit ridiculous at times for me to read now, but at the same time dull. An odd contrast, but there. Still an interesting idea and in context it was probably very scandalous.

I was very surprised by the ending. I was not expecting everything that happened and I even went back and re-listened to it as I thought I missed something. Very interesting and then opens the door to think about other issues more seriously, like depression, that Edna might have been suffering from. I enjoy the overall idea, I just wish I liked the execution better.