By Jen in Bookland - November 01, 2015
In celebration of the 3 year publication anniversary of MARKING TIME the whole series is getting a brand new look! These newly-redesigned ebooks and paperbacks are now available to order at Amazon, and there is a giving away below for a signed set, plus a $50 Amazon gift card and signed copies of Truth or Beard by Penny Reid (who is the evil genius behind these great new covers), and The Scribe by Elizabeth Hunter. If you haven't read these books yet now is the perfect time to catch up. Without further ado the new covers! 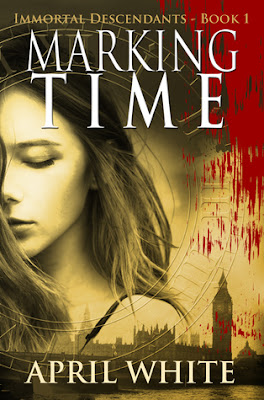 Seventeen-year-old tagger Saira Elian can handle anything... a mother who mysteriously disappears, a stranger who stalks her around London, and even the noble English Grandmother who kicked Saira and her mother out of the family. But when an old graffiti tag in a tube station transports Saira to the 19th Century and she comes face-to-face with Jack the Ripper, she realizes she needs help after all.

Saira meets Archer, a charming student who helps her blend in as much as a tall, modern American teen can in Victorian England. He reveals the existence of the Immortals: Time, Nature, Fate, War and Death, and explains to Saira that it is possible to move between
centuries – if you are a Descendant of Time.

Saira finds unexpected friendships at a boarding school for Immortal Descendants and a complicated love with a young man from the past. But time is running out for her mother, and Saira must embrace her new identity as she hides from Archer a devastating secret about his future that may cost him his life. 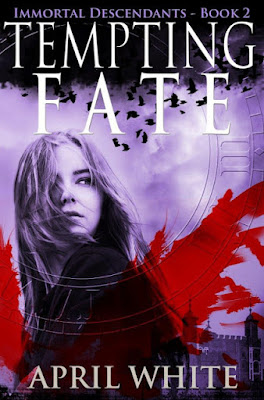 The time-traveler, the vampire, and the thief will need all of their skills and ingenuity as they race against time to steal a document that could change the course of history and put the Immortal Descendants at the mercy of the Mongers. Can they stop a madman bent on collecting the blood of history’s most powerful Seer before the executioner’s axe falls? 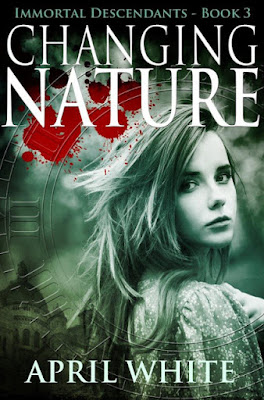 Saira and Archer’s romantic London summer is shattered by the bold kidnappings of Immortal Descendants. It’s clear Mongers want control of the Descendant Families, and when they target a powerful Shifter, there’s no doubt they will eliminate anyone who stands in their way.

A split in time could be the cause of this new Monger aggression, and Saira, Archer and Ringo suspect their time-traveling nemesis Bishop Wilder. One dangerous world is exchanged for another when Saira and her friends track Wilder to the gloomy streets of Paris in 1429. They find the city besieged by marauding wolves led by a fanatical peasant girl who will be known to history as Joan of Arc.

Crossing the time stream to repair it has dropped them into the heart of the Hundred Years’ War on the eve of an epic battle, where the line between friends and enemies will be drawn in blood. To finally end the deadly game of cat and mouse with Wilder, Saira must confront her greatest challenge yet: the truth about her changing Nature. 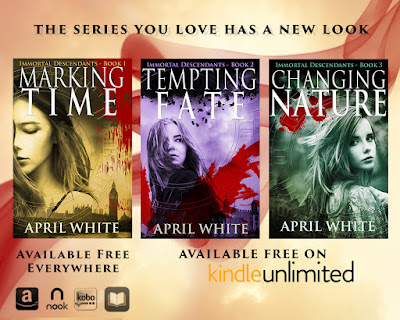