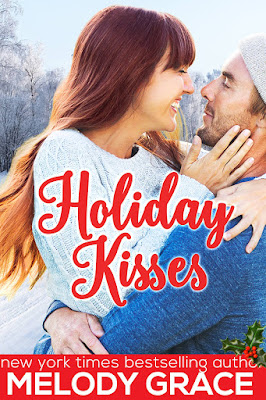 Hot British director Dash Everett needs inspiration - and fast. He’s hoping that a Christmas vacation in Sweetbriar Cove will give him everything he needs to break his writer’s block: a deserted cabin, his laptop, and his old friend Jack (Daniels, that is). But it turns out, isolation isn’t nearly as inspiring as the beautiful spitfire behind the front desk...

Ellie Lucas isn’t crazy about spending her holidays catering to the arrogant (and sexy) guest in Cabin 4 -- and she really doesn’t have time to play muse. She’s ready to leave her small-town behind for a fresh start, but when an unexpected snowstorm sends both their plans awry, she finds that a dash of Hollywood magic is exactly what she needs to see the joy in one more Sweetbriar Cove Christmas.

Ellie is stuck running her families hotel for the holiday season, one of the busiest times of year in Sweetbriar Cove. She dreams of traveling the world and experiencing something different. She just wants to get out and do something new as she has never gone anywhere. She has a rule - no getting involved with tourists. It will only end in heartache for her. She learned her lesson the first time. Only when Dash shows up things heat up. No matter how much she tells herself she can't, she would just be a holiday fling for him, she is still drawn to him.

Dash is a Hollywood screenwriter/director but he is having a hard time finding the inspiration to write his current piece. He needs to get this script written as it is way past due. He plans to stay in a secluded cabin in the woods far away from Hollywood in the hopes that the solitude and lack of distractions will help. He doesn't count on meeting Ellie, this girl who inspires him and makes him want to get closer and never let her go.

This is a quick read, but full of all the holiday fun I love. Lots of snow and Christmas cheer, a bit of Christmas magic and viola! You have a fun Christmas read. Ellie and Dash were cute together, I loved reading what Dash was thinking especially. He looks at people in a unique way that made it fun to watch everything unfold. Ellie is a bit scared to trust someone again, especially someone who is not staying around, as she just doesn't want to get hurt. It was a sweet story and I really enjoyed it. Another great holiday read. 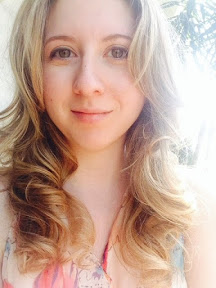 Melody Grace is the New York Times bestselling author of the Beachwood Bay series. A small-town girl turned SoCal beach lover, after spending her life with her nose in a book, she decided it was time she wrote one herself. She loves steamy romance novels, happily-ever-afters, and lusting after fictional menfolk. She lives in LA with her two kittens, Bucky Barnes and Steve Rogers. Website * Facebook * Twitter * Amazon * Newsletter * Goodreads