A Christmas Gift by Stella Wilkinson 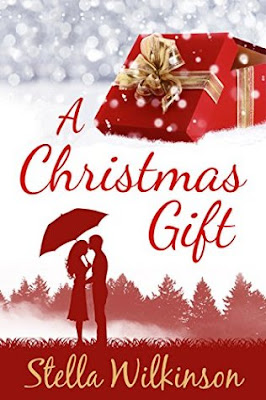 Holly and Caleb had been best friends as children, growing up on the same street, but as teenagers they couldn't be further apart. When Caleb unexpectedly asked Holly to help him pick out a Christmas gift for his girlfriend, neither of them anticipated where it would lead.

A Christmas Gift was a quick Christmas read. Holly and Caleb used to be best friends until Caleb changed as they grew up. He became part of the popular boys who are mean to people, especially Holly. She still has a crush on him even though he is not very nice, but that is the way it is.

Holly works in retail and when Caleb asks her to help him pick out a gift for his girlfriend she can't say no. After all he is being nice to her, even if she doesn't trust him to not go back to the jerk he usually is on Monday. His girlfriend sounds terrible, much like he has been acting, so match made in heaven I guess. Only when shopping for her gift the two bond a bit and of course you add in a bit of Christmas magic and viola! They are in love. Yey!

Really the story was just okay. I love Christmas magic, but some of the ideas just bugged me a bit. Like Holly's mom tells her that she feel in love with her dad, but her dad didn't even notice her. So what did she do? Changed the way she looked to get his attention. When Holly questions this, asks isn't that a bad message? That you have to change for a boy? Her mom is just like oh, but I didn't change. Just my appearance a little bit.  Even though Holly didn't really buy into her mom's must change for a boy thing after she tried it, it still bugged me a bit.

Overall it was an alright read. Very quick, with a touch of Christmas magic.