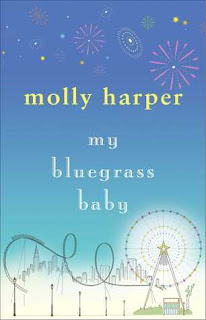 A brand-new novel in an original eBook series from popular romance author Molly Harper! When Sadie & Josh compete for the same Kentucky Tourism Commission job, sparks fly—turns out Kentucky really is for lovers.

Sadie Hutchins loves her job at the Kentucky Tourism Commission. Not only could her co-workers double as the cast of Parks & Recreation, but she loves finding the unusual sites, hidden gems, and just-plain-odd tourist attractions of her home state. She’s a shoo-in for the director’s job when her boss retires at the end of the year…until hotshot Josh Vaughn shows up to challenge her for the position.

Josh is all sophisticated polish while Sadie’s country comfort, and the two have very different ideas of what makes a good campaign. So when their boss pits them against each other in a winner-takes-all contest, they’re both willing to fight dirty if it means getting what they want. But it turns out, what Josh and Sadie want could be each other—and Josh’s kisses are the best Kentucky attraction Sadie’s found yet!

My Bluegrass Baby was a fun read. Yes, at times Sadie was a bit...too much in how she handled things, a bit too ridiculous, but I still enjoyed it.

Sadie loves working for the Kentucky Tourism Commission. She loves everything about it. All the events she helps plans, the campaigns she comes up with, all of it. When her boss is getting ready to retire she thinks she will get the job. She deserves it after all. Only the powers that be brought in an outside guy, Josh, and she didn't see that coming. Sure she was attracted to him before she knew who he was. Sure she might have liked him, but he is stealing her job! So that cannot stand. The way she was with him in her workplace made me think yeah, I don't know that you are ready for the director's job. You need to grow up some and gain some professionalism...but it was fun.

Josh used to work in the big city at a big firm. He had some not so good things happen in the not so distant past and this job with the Kentucky Tourism Commission is a great stepping stone for him. He can regroup and get everything together again. Only he didn't know he would be stealing someones job. That Sadie was counting on getting that position.

The two of them were fun together. As I said above Sadie was completely ridiculous and terrible to Josh for no good reason except her feelings were hurt. She hates him because...the powers that be brought him in without telling her? Because...she just does? At times it was a bit much. Everything she did and how she treated Josh went a bit far at times, but overall it was fun. The two of them obviously like each other so it was great watching them try and figure everything out. I really liked Josh. He was a sweetheart, but he wouldn't get pushed around either. He was great and the two of them worked. A fun read.