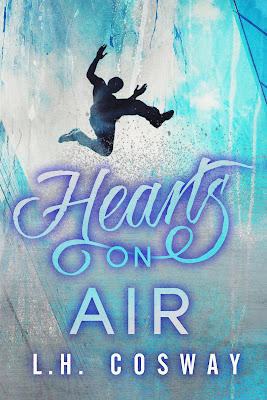 Trevor Cross came into Reya Cabrera’s world with a bang and faded out with a whimper. They vowed to make it work, but life had other plans. After chasing his TV dreams for years, Trev finally became the UK’s next big reality star, but he alienated his family and friends in the process. Now he finally has everything he ever wanted. Women. Money. Fame. But none of it means anything when he doesn’t have the one thing that matters most: love.

Money leaves a gaping hole. Fame surrounds him with loneliness. And no woman makes him feel like Reya used to before the whirlwind of success pulled them apart.

He has a plan to get her back. However, with a hectic filming schedule looming, the only way to do that is to convince her to come on the road with him. Reya has been stuck in a rut for a while, and the opportunity to travel across Europe and play her music for new audiences seems like heaven. The only catch? She has to do it with the one boy who ever got close enough to break her heart. But he’s not a boy anymore, and as she gets to know him again she can’t deny her respect for the man he’s become.

Every time she’s around him her heart feels full of air, like a balloon about to pop. Little does she know, Trev’s feelings are just as tumultuous as hers. One thing’s for sure, these three weeks on the road together will either make them whole again or break them irrevocably.

**Hearts on Air is a contemporary romance and book #6 in the Hearts series, however it can also be read as a complete standalone.**

You know what? I love this Hearts series! Seriously they are all so good! I have favorites of course, but man they always take me on a fun ride and I love ever minute of it.

Hearts on Air is the story of Trevor and Reya. Trevor who is larger than life. Who can't sit still. Who is always around and since the first moment she saw him Reya had a huge crush on. Though he obviously didn't think of her as more than a friend and she worked hard to make sure she was okay with that. Side note - there is a novella about early Trevor and Reya which luckily was included at the beginning of this story as I hadn't read it yet. So you will get your background then see what happens next.

Trevor has always had a hard time focusing on one thing. He never really had a girlfriend, always talked about having his own TV show with his parkour stunts and it has finally happened! With the way he grew up, with nothing, he wanted a way to support himself and help his family. The Cross brothers are very close, but then again they had to be if they were going to make it as kids. Only all this fame and fortune is not making Trevor happy. Nothing is making him as happy as Reya once did, but after the way they parted can he win her back?

Reya wants nothing to do with being in the spotlight. She doesn't want people to know who she is, she doesn't want her past dragged out into the open. She just wants to write/play her music and do her thing. She had the biggest crush on Trevor for so long and just when things felt like they were starting to happen they kind of crumbled.

Reya doesn't plan on ever spending that much time with Trevor again, but when she loses her steady gig and he offers her a way to play her music across Europe how can she say no? Even if it means revisiting some past hurts and trying not to fall for the one guy who could break her heart again.

These two were really sweet together. I loved Trevor so so much. He is trying and wants to be good, wants to be better for Reya. But she likes him just the way he is. They were amazing. I loved following them as they traveled around and reading about all the places Trevor and the gang did their running parkour thing. I can't imagine, but what a rush that would be to do what they do. This was another great installment of the Hearts series. Plus we get to see some of my past favorites in this one!!! It was great.