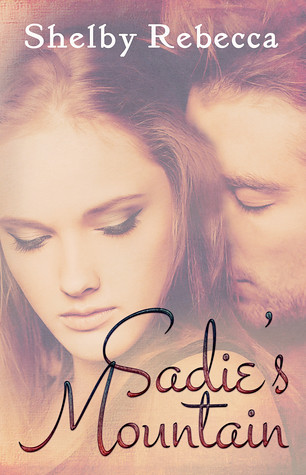 
One fateful night, Sadie Sparks' young life was changed forever. Just as she was discovering love with her best friend, Dillon McGraw, someone else was plotting to take her for his own. Faced with choosing between the fear and threats and a safer life, Sadie leaves her West Virginia home for good.

A decade later, Sadie returns to Appalachia to care for her ailing mother, but stays to fight for the mountain she loves. Her struggles to protect it from being ravaged for coal put her in greater danger than she ever imagined — and back in the arms of the man she never stopped loving. But the man responsible for changing her life so many years ago is determined to keep her under his control. When she decides to break free, will Sadie and Dillon's bond be strong enough to endure the truth about his identity?

Sadie's Mountain was a really sweet read. Even with all of the bad stuff that happens, how it is basically the story of a girl trying to move on from the horrors of her past, it still manages to hold onto an innocence that I loved. It was just a really sweet romance.

Sadie and Dillon have been friends forever. They were always incredibly close and Dillion planned on marrying her one day. Only something happened, something horrible happened to Sadie and she knew he would never be able to look at her the same way again. She shut down and moved away and tried not to think of him again. Man, this book starts right off with that fateful day and I must say the writing was just beautiful. Well, the up until the horribleness happened. Sadie was only 14 and it was just so beautiful and innocent. So...it really made me think of a small town and young love and everything wonderful. I just loved the descriptions of everything.

Then everything that happens...well Sadie just cannot handle it. Not that I blame her. Especially with how her father reacts. Oh, I don't know how he could be so cruel. It was hard to read. I think the father was almost worse to read than what happened. How can you do something like that, how can you blame the victim and not only that but punish the victim for something that wasn't their fault? It was really heartbreaking to read. Luckily Sadie's mom convinced her dad that it would be best to send her away to live with her aunt on the other side of the country. Send her away from everything - the only boy she has ever loved, and the one who made her life a nightmare.

While gone Sadie tries to move on, but she can't. She is still haunted by what happened. She cannot have a relationship with a guy, she just can't really live her life. The guy who did it still haunts her, still controls her, even from so far away. When she finds out her mom is sick and dying she knows she has to go back to her hometown, but will she be able to face the past? Will she be able to be in the same place as her nightmare? And will she be able to stay away from Dillon? Will Dillion even still want to see her again?

This story does have a bit of a subplot of the coal company wanting to blow up the mountain in her hometown, but that is really not a main storyline at all. It is really Sadie trying to take her life back. Trying to figure out how to stop her tormentor and not let him rule her life anymore. And trying to figure out how to let Dillon in. How to keep him safe, but still be with him like she wants to be. It was a really sweet read. Sadie goes from a scared little girl to this really powerful woman and it was amazing to read. This story was really beautiful. Triumph over adversity. It really resonated a lot with me as I have some similar events in my past and it is not easy to work through everything and leave them in the past.

Sadie was wonderful, but she really couldn't have done it without the help of Dillon. Oh he was so sweet, so kind. He has been in love with her his whole life and nothing will ever change that. She left ten years ago and he has just been waiting for her to return, hopeful that she will one day. No one else will do. So he is there for her in whatever way he can be. He just wants her in his life, wants to be with her, but only if that is what she wants. He was so kind and gentle with her, so caring, I just loved him. He is exactly what she needed and deserves. Oh it was a wonderful read.