Bend Me, Break Me by Chelsea M. Cameron 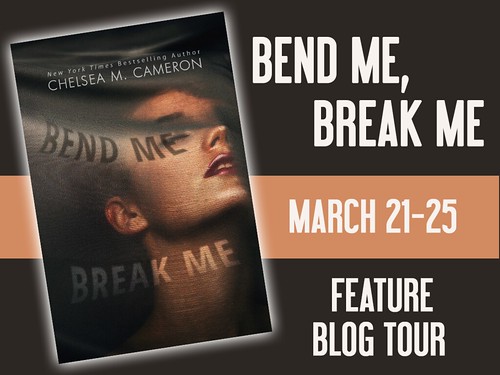 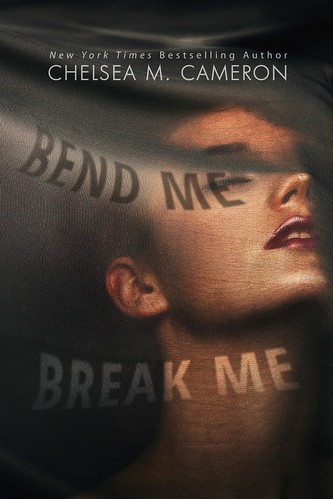 It will either bring them together or tear them apart.

Bend Me, Break Me was an incredible read. I picked it up one morning to just read a little bit before working on some chores and didn't put it down until I finished. I was just drawn right in and man...Ingrid and Coen are just so amazing together. He is so sweet and just what she needs. Oh I loved this story.

"I only allowed myself so many smiles a day and that was my second. I only had one left. One smile to spend on something."

She is going to school because that is what her parents would have wanted for her. She doesn't really know what she is doing, what she will get a degree in, but she is there. She writes poems sometimes, gets her feelings out that way, but shares them anonymously online. She is perfectly fine being by herself and in her own world until Coen starts showing up.

Coen was so amazing. Sure you know right from the start that he is hiding something from her, that he knows what happened to her because he is somehow connected, but he just wants to help her. Plus he likes her. Really likes her. Probably too much. She is so skittish at first, so not used to feeling things that they have a rough go of it. But he was incredible. He is always there for her, always willing to take her back and be friends again no matter what happens. He just...he is wonderful. He tries to get her to open up some, to let other people in and start to live again. He knows she has a lot that has happened, but he also sees how strong she is and what an amazing person she is. How she can deal with what happened and still have a life of her own. He usually let her make all the decisions, trying not to push her too far, but sometimes he couldn't help it. Sometimes he did push just a little and it was wonderful to watch. It was wonderful to see Ingrid slowly start to come out of her shell and open up to him.

You know that there will be a bad section when she finds out Coen already knew her before they met, but it was just really well done. It was...I loved it. I cared so much for these characters, both of them, and you could really see the connection between them (even if neither of them realized/would acknowledge how strong that connection was). One of my favorite parts is how the author dealt with what happened to Ingrid, how that was talked about whenever it came up, whenever she would think about snippets of her past, and what details we learned/didn't learn through the story. It was so well done. It felt natural and organic. I just loved this book to pieces. It is sweet and innocent and painful and broken and hopeful and lovely and just everything wrapped all together. A really wonderful read.

Oh one last thing - it was nice to see a vegan character that wasn't just mocked for their choices and actually ate food that was good. Food that the other characters liked. You don't see that often and it was a welcome addition since vegan food can be very tasty just like any other kind of food.

*Note: I received a copy of this book in exchange for an honest review.

Chelsea M. Cameron is a New York Times/USA Today Best Selling author from Maine. Lover of things random and ridiculous, Jane Austen/Charlotte and Emily Bronte Fangirl, red velvet cake enthusiast, obsessive tea drinker, vegetarian, former cheerleader and world's worst video gamer. When not writing, she enjoys watching infomercials, singing in the car, tweeting (this one time, she was tweeted by Neil Gaiman) and playing fetch with her cat, Sassenach. She has a degree in journalism from the University of Maine, Orono that she promptly abandoned to write about the people in her own head. More often than not, these people turn out to be just as weird as she is.