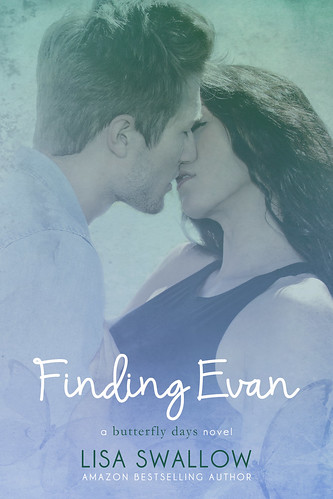 
“She killed a part of me – the part which trusts when someone tells you they love you, and allows you to trust that person with your heart.”

Ness and Evan return to Leeds from Europe, and begin their new life together. But the past Evan has buried for years resurfaces and threatens their future.

After fifteen years, Evan doesn’t want any contact with the woman who abandoned him, but is unwillingly pulled into his mother’s life by Lucy.

Feeling pushed aside by Ness’s focus on her studies and new friends, Evan can’t confide in Ness about what’s happening. This return to his old behavior adds more distance to their relationship. When Ness’s new friend Ollie picks up the pieces because Evan is away, Evan’s insecurities threaten their relationship further.

Ness becomes aware of Evan’s situation, and she questions whether he will ever be able to break his ties to those dragging him down. If he can’t put himself first, and live the life he wants, she is unable to see how their relationship could work. In return, Evan struggles with Ness’s inability to get close to people, and her distance pushes him further away.

Finding Evan was a good read. It is the continuation of the story that started in Because of Lucy and is recommended to read that one first. Otherwise you won't have backstory on these character and it probably won't be as good of a read without that.

Finding Evan picks up after Ness and Evan return from their summer of traveling in Europe. I knew that there would be some difficulties there, some getting used to real life again, but I wasn't quite expecting everyone to revert to worse than Because of Lucy status. The first part of the story was a little frustrating. I loved the first book and was excited to read more of these characters, but they were both being really stupid at first. It was like even after spending all summer together neither of them could actually have a conversation with the other. I didn't understand and honestly wasn't sure this would be the book for me, but then once I really got into the story it changed. Ness and Evan were still a bit closed off from each other, but they felt more really and then it was great. Ness and Evan return to those characters I fell in love with in the first book.

Ness and Evan have a lot going on in this story. Things are not at all easy between them once they get back to school. Ness is very busy with her med school studies, making new friends with some of the other students, and not really having a lot of time for Evan. She still has her afraid to let people in so she keeps holding back thing which makes Evan's insecurities worse.

Evan has some family drama to deal with again, but he doesn't want to tell Ness about them. He still wants to keep those two worlds separate, but because he is not open about it with Ness it definitely causes some issues. Really both of them need to learn to be open and actually be able to talk to each other when this story starts. Evan holds back his family drama, and that coupled with Ness holding herself back from him make him very insecure. He takes that out in various ways, but man if they could just talk to each other things would be so much better. I understand as everything just comes together in a bit of a perfect storm and it just makes things difficult for these two.

This story had lots of twists and turns, things I wasn't expecting. Ness and Evan are just so great together that even when there are hard times, even when it might look like it is too difficult, even when Ness is being frustrating and wanting to make decisions for both of them, I still loved them and hoped they could figure everything out. They both have so much on their plate it makes it difficult, but they were still those wonderful people that I was rooting for whole heartedly. They are so good together and I really enjoyed reading a bit more of their story. I know they have a rough time, but such is life. It only makes you stronger and together they can make it through anything. Oh I really enjoyed Evan and Ness together. They are wonderful and really grew a lot in this story. They really started to come into their own and yeah it was a really good read. Slow start for me, but once I got into it I couldn't put it down. So if you have read book one and loved it you definitely will want to give this one a read.


Prior books in the series:

Because of Lucy
Available on
Amazon.com * Amazon.de * Goodreads

Lisa is an Amazon bestselling author of contemporary and paranormal romance. She is originally from the UK and moved to Australia in 2001. She now lives in Perth, Western Australia with her husband, three children, and Weimaraner, Tilly, who often makes appearances on Lisa’s social media.

Lisa’s first publication was a moving poem about the rain, followed by a suspenseful story about shoes. Following these successes at nine years old there was a long gap in her writing career, until she published her first book in 2013.

In the past, Lisa worked as an English teacher in France, as an advertising copywriter in England, and ran her own business in Australia. Now she spends her days with imaginary rock stars.

She lived in Europe as a child and also travelled when she left university. This has given Lisa stories which would sound far-fetched if she wrote them down, and maybe one day she will. These days, Lisa is happy in her writing cave, under Tilly’s supervision.