Today we are revealing the cover for HARDER WE BREAK by Chelsea M. Cameron. This book is a standalone novel - the fifth novel in the Fall and Rise series and will be released May 24th. 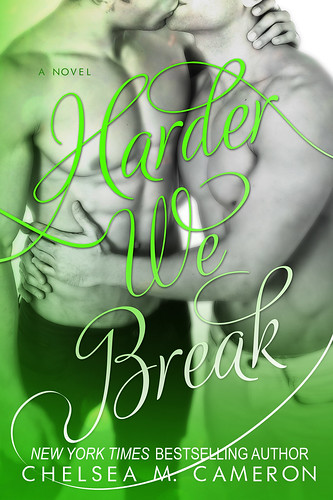 HARDER WE BREAK by Chelsea M. Cameron
Releasing May 24, 2016 (Fall and Rise, #5)
Cover designed by Sarah Hansen at Okay Creations

Simon King is totally secure in his relationship with Brady Bell. He’s totally over his family not accepting the fact that he’s gay. Seriously, screw them and their uptight, homophobic country club friends. He’s got his tribe and his best friend Will’s parents are the only ones he’ll ever need. He’s moved on, thank you very much.

But just one phone call will rip him right out of the perfect present back into the past and Simon will have to face the people who gave him their DNA but couldn’t give him their unconditional love. They say you can’t go home again, but Simon is going to have to.

Add to that the fact that all their friends are getting hitched and having babies and Brady seems to want to follow suit. Simon is definitely not ready for that and he’s not sure he ever will be. Between dealing with his family and dealing with the increasing pressure from Brady, Simon is at the end of his rope.

Will he be able to handle his parents and keep the love of his life at the same time? Or will everything he’s built fall completely apart? 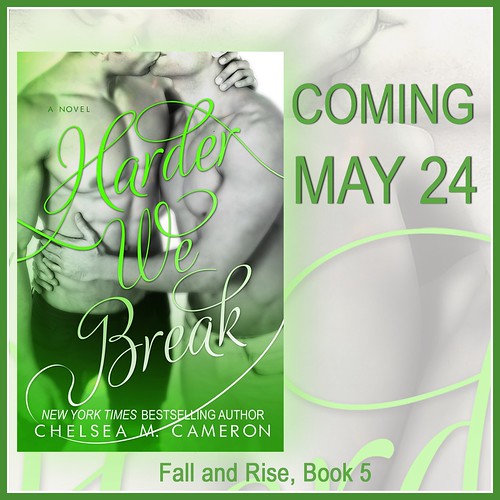 Chelsea M. Cameron is a New York Times/USA Today Best Selling author from Maine. Lover of things random and ridiculous, Jane Austen/Charlotte and Emily Bronte Fangirl, red velvet cake enthusiast, obsessive tea drinker, vegetarian, former cheerleader and world's worst video gamer. When not writing, she enjoys watching infomercials, singing in the car, tweeting (this one time, she was tweeted by Neil Gaiman) and playing fetch with her cat, Sassenach. She has a degree in journalism from the University of Maine, Orono that she promptly abandoned to write about the people in her own head. More often than not, these people turn out to be just as weird as she is.