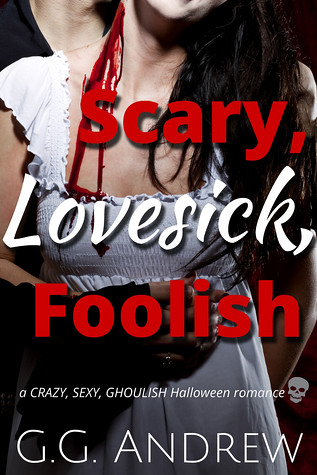 It was a question he had to ask...

Brendan Forrester loves his girlfriend, Nora. Like can't-live-without-her, Gomez-to-her-Morticia-Addams loves her. But when he asks her for more, he can't help but notice the look of fear in her eyes. Then a ghost from their past shows up at the horror theater festival they're both in, and Nora starts to change. Soon Brendan is remembering things he'd rather forget--including the voice of a certain girl he thought they'd long since vanquished.

It was a chance she couldn't pass up...

When Nora Travers is offered a part in a horror one-act directed by the daughter of a Hollywood bigwig, she knows she can't miss the chance--even if it means competing against her longtime boyfriend and getting back in touch with the mean girl she swore she'd never be again. But the past doesn't want to stay buried, and soon Brendan--her usually smart, adoring boyfriend--can't seem to stop sneaking suspicious looks at her. Or spying on her kissing scenes with her new co-star.

It's making them both wonder: do they have what it takes to make it through another Halloween?

Scary, Lovesick, Foolish is a sequel to Crazy, Sexy, Ghoulish, which is currently free right now on Amazon.com! You should probably read that first as this is another chapter in the same characters story.

Scary, Lovesick, Foolish is the continuation of Nora and Brendan's story. I really enjoyed seeing them fall in love in the first book and enjoyed this extra time spent with them. Sure Nora was a bit...normally I wouldn't like reading characters like she is in this story, but I liked her and Brendan so much I didn't care. She needs to learn to use her words and not act out in not so good ways when she is afraid or worried or anything. I understand why she has her issues, but poor Brendan. I know he can get worried because things seem to be getting rocky and he loves Nora so much so things snowball and everything. Oh these two. I really like reading their story.

Nora and Brendan are finally going to be living in the same town. They have been dating for two years, but first they were in college a few hours apart and then Nora was at a workshop all summer. She has finally returned home, and Brendan couldn't be happier. In fact he wants her to move in to the creepy old house he is renting. I love love love how much these characters love everything scary. Scary movies and decorations and all of it. It is my favorite as well so it is fun!

In this chapter Nora freaks out a bit when things start getting more serious with Brendan. I mean moving in with him? What if he leaves? That will just be horrible if she opens herself up further. Neither of them have a good example of a loving, lasting relationship, and so Nora doesn't deal with things changing. Even if it would be changes for the good, at least right now.

There is also a horror movie festival soon where they both end up competing against each other. Nora as an actor in a daughter of a big wig's one act, and Brendan as the writer of one. With all the tension and not sharing feelings and such they both just focus on the festival and doing their very best. Oh, and Nora has to be a mean girl in her scene, just like she was back in middle school when she was so terrible to Brendan. It is scary to him seeing her acting like she used to. Can they get past all of the unspoken fear and things from the past that come back to haunt them? Will they make it through this festival and still be a couple?

Overall this was a fun, quick read. I love the horror elements, the scary things that both characters love. It was a lot of fun and I can't wait to read more!