Love and Always (A Pound of Flesh #1.5) by Sophie Jackson 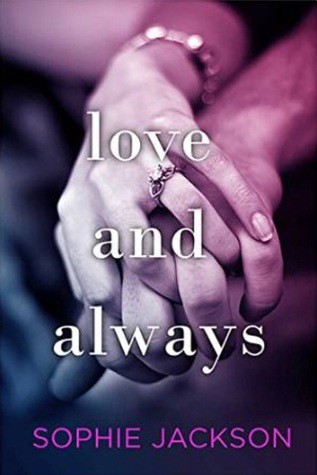 
When prison tutor Kat Lane met arrogant inmate Wesley Carter in A Pound of Flesh, it was hate at first sight. Carter’s quick wit and reputation for being as dangerous as he was handsome kept her at a distance. But as they grew to know each other as teacher and student in the New York prison, Kat found there was much more to Carter than she thought.

In Love and Always, Kat and Carter’s story continues as they share the news of their engagement—which doesn’t go over well with Kat’s mother. On top of it all, Carter has a new role as CEO of WCS Communications, which adds more pressure to his new life outside prison. Trying to juggle family, a billion dollar business, and Carter’s best friend Max’s rehab stint doesn’t leave much time for the happy couple to enjoy each other. How will Kat and Carter handle the pressures of marriage, family, and work—and keep the passion alive through it all?

Love and Always is a short novella in Kat and Carter's story. It is really like an extended epilogue as it picks up right where their book left off. It was a cute, quick read and nice to get to see a bit more of these characters.

The main focus of this short work is Kat and Carter's engagement. Carter is so cute and still a bit insecure. He still doesn't understand why Kat would choose to be with him as he doesn't think he is good enough. Yes, he has changed his ways, but he thinks she is so good, so much better than he is. I love him. I really enjoyed watching Kat and Carter fall in love so this extra time with them was fun. I want all the best for them and for them to be able to live happily ever after. If you enjoyed A Pound of Flesh then you will want to read this extra quick story.