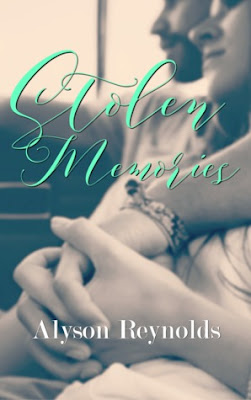 When Megan Douglas finds herself about to marry a man she hates, she calls her best friend to save her. Hunter Abbott would move mountains to make sure that Megan gets the happy ending she deserves, but when he finds out her father is trying to blackmail her into a loveless marriage, he decides that there is only one option to keep her safe -- to marry her first. The fringe benefits of a marriage of convenience to a billionaire can’t be that bad can they?

Megan can’t remember how she ended up where she is, but now all she wants to do is find her sister and figure out how she fell head over heels for her best friend. Everything is falling apart around her, and now she has to figure out to handle the future. Is being Mrs. Hunter Abbott really such a hardship? Having a sexy, billionaire husband can’t be all that bad, especially if he can help save her sister from a fate worse than death.

Can Megan and Hunter manage turning from friends to lovers and actually live happily ever after? Or will their marriage be over before it even gets started?

Stolen Memories is a novella and once again one that maybe would have been better as a full length story. As it was everything happened super quickly, Megan was really annoying, and it was all a bit of a mess for me.

Megan is going to be forced to marry a guy she hates so her bff Hunter steps in to marry her instead. Only she loses her memories and then has to figure everything out again. She has fallen for her bff, but when her memories start come back there are some issues. She was...whiny and I didn't like her. At all. So it was not such a good read. Oh well, it was a quick one so I didn't waste a lot of time with it.