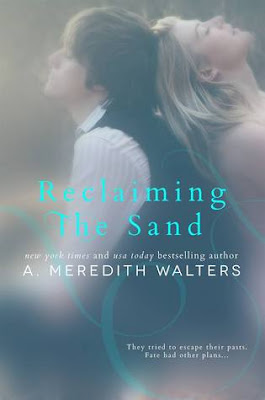 Bully and victim.
Tormenter and tormented.
Villain and hero.

Ellie McCallum was a bully. No connection to anyone or anything. A sad and lonely existence for a young woman who had come to expect nothing more for herself. Her only happiness coming from making others miserable.

Flynn Hendrick lived a life completely disconnected even as he struggled to become something more than that boy with Asperger's. He was taunted and teased, bearing the brunt of systematic and calculated cruelty, ultimately culminating in a catastrophic turn of events that brought Ellie and Flynn’s worlds crashing down.

But then Flynn and Ellie grew up.

Until years later when their paths unexpectedly cross again and the bully and the freak are face to face once more.

When labels come to define you, finding yourself feels impossible. Particularly for two people disconnected from the world who inexplicably find a connection in each other.

And out of the wreckage of their tragic beginnings, an unlikely love story unfolds.

But a painful past doesn’t always want to let go. And old wounds are never truly healed…and sometimes the further you try to run from yourself the closer you come to who you really are.

I had heard a lot of great things about Reclaiming the Sand before I read it. It seems like most people love this story. And it is good, but I don't know. Something is off for me. Something that makes it just a good read and not a great read for me.

Ellie and Flynn went to the same school. Ellie was a super horrible person, a bully, but also was Flynn's friend. I...I know she had a terrible upbringing, passed from foster home to foster home, but man. She would act out when she felt something because she wasn't used to it. And right from the beginning, she felt close to Flynn, but she didn't like that she did. So when she was around other people and they would bully him she would join right in. Then she would hang out at his house and be nice until she couldn't do it anymore. Until she started feeling things she wasn't comfortable with so she went with her old standby - anger. Anger at Flynn for making her care, anger at the world, just anger. And while I understand past Ellie, I didn't get present Ellie. I didn't get why she would be so mean to Flynn at times even now. I...she did say that you would hate her and I did. I don't know how you can be trying to better yourself and still stay "friends" with the people she was friends with. Especially when they go right back to their high school bully ways when they see Flynn. I...there was one part towards the end that really didn't make sense as she had come so far and then she is the same person she was all over again? I don't know.

Flynn was alright, but I think he was what made this just an okay read for me. Now I don't know anyone in my real life who is on the spectrum, but I have read books and tv shows and such with characters who are. Or about people who are. And Flynn? Well something was off for me with him. He didn't feel real. Yes, he has issue with touch and connecting with people and everything, but it didn't feel right. That and in his chapters he seemed much younger than he was. I liked him alright I guess, but I don't know. I didn't love him. Especially how he would get angry and lash out and potentially hurt people. I know that can happen, but it just didn't read as true in this story. I don't know why and it might just be me.

The two of them together didn't make a lot of sense to me. I never really saw Ellie and Flynn connect even though I read how they did. It felt like Ellie loved him for some reason, she told me those reasons, but I didn't fully believe it. I don't know. That and her friends were the worst. I hated them and I don't know why she kept sticking up for her bestie when she was a horrible human being. I mean that poor kid she was going to have. I...I have a hard time sitting by and watching someone destroy someone else's life like that. But apparently Ellie had no problem with that since she never really said anything. Heaven forbid her bestie gets mad at her like she does every two seconds it seems.

Ellie has a lot of not very redeemable qualities, but you know that going in. Flynn was supposed to be great and he was just off for me so it made the whole story just okay. Oh well, this was the first I have read from this author so maybe I will give another one a try and see how it goes.