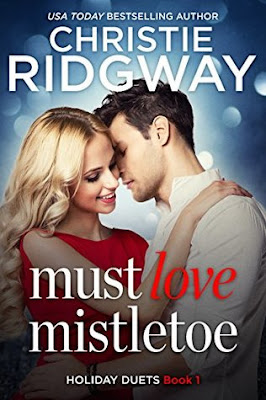 Bailey Sullivan can't stand Christmas, even though her family's business is a store specializing in the perfect holiday. But now her hometown's chief supplier of rooftop Rudolphs and treetop angels is in danger of going under--it's up to Bailey to save the shop.

She has it all planned: She'll arrive on December 1 and be gone by Christmas. Plus there's always spiked eggnog to ease the pain. But "Humbug" Bailey's not the only one home for the holidays. Finn Jacobson--legendary local bad boy-turned-Secret Service agent "and" Bailey's long-lost high-school sweetheart--is once again the boy next door. Only this time he's "all grown up," and the sparks are flying faster and hotter than ever!

Bailey believes in true love about as much as she believes in Santa Claus. But as the holiday draws closer, she's starting to think about one thing she'd like to find under her tree . . .

Bailey's family has always owned and run the local Christmas store. She used to love it as a child, but then everything changed when her dad ran out on her mom and her. She now hates Christmas, doesn't want anything to do with, especially with the store. That is why she moved away and never comes back if she can help it. Especially not for Christmas. Only this year her mom needs her. She needs Bailey to run the store because she can't. She is too upset that her current husband left her just like Bailey's dad did.

Finn was the resident bad boy who used to spend summers with his grandmother who lives next to Bailey. He never wanted anything to do with the town, only then he met Bailey and everything changed. He wanted to be better for her, he loved her, but she ran out on him leaving him broken hearted. When his grandmother's health is in decline he decides to move back and help her out. After all she did so much for him as a kid and he loves her.

It was a lot of fun watching these two try and figure things out after all this time. Bailey still is attracted to Finn and likes him, but she can't go there. She refuses to let herself fall for someone who will just hurt her eventually. I mean look at her mom. And Finn still likes Bailey, but he is angry. He doesn't even know why she left him so long ago. Obviously he didn't mean as much to her as she did to him.

The sparks fly between these two and oh I loved it! I didn't really like how Bailey thoughts on some things, like how you cannot seem to enjoy sexy time, you can't make any noises to let your partner know you like what he is doing because then you will be a slut. You should just lay there with your eyes closed and act like it is nothing...sounds super lame to me. I don't even know why she thought that is the real issue. Why can she not show the person she likes that she likes what they are doing together? But other than that this was a really cute read.