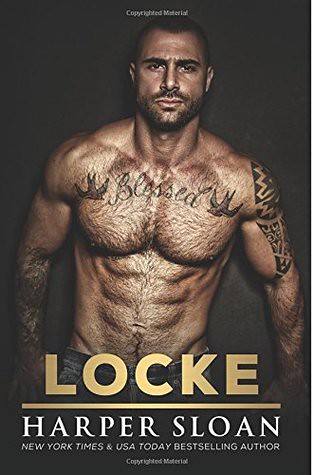 Darkness is the only thing I see. Ever since the day my life changed. The day that everything and everyone I held close to me ceased to exist. The day I lost it all and the demons of my past consumed my every waking moment. I tried to keep others at arm's length. Tried not to let my darkness taint them. Ruin them. Harm them. And whether I want to admit it or not, as much as I wish I could keep them locked out, they refuse to leave. Refuse to let me suffer alone. If I hadn't been so focused on keeping those demons from flying free, I wouldn't have missed how one perfect angel was able to sneak her way under my skin-refusing to let go. Making me want things I don't deserve. She consumes me. Her beauty knows no end. The love she promises tempts me every time she's near. But that pure heart that makes her MY Emmy is the one thing I'm convinced I'll destroy if I ever let her close. I'm a broken man. A broken man with too much darkness in his soul to ever let her light shine upon me. But even that doesn't stop me from craving her with every single breath in my body.

**This is the final book in the Corps Security series. This book is not suitable for younger readers. There is strong language, adult situations, and some violence.**

From the very first book in this series I have been waiting to read Locke's story. Emmy is so sweet and she had been just waiting around for Locke to finally open up, but it never seemed like he would. When she runs after everything happens with Cooper he doesn't want to just let her go away. He tracks her down to bring her home again.

Oh, Locke. He is so broken, thinks he has such a bad soul that he will taint everyone he gets close to. He doesn't think he can be around someone so good, so pure as Emmy. He doesn't want to destroy her like he has everyone else in his life. When you read about his family oh man. His mom and brother are really something. And his fiancé? Wow. I just...yeah. That plus everything that happened when he was in the military and it is easy to see why he is not able to open up to others. How he might not want to let someone in.

Emmy is so sweet. Though when Locke finds her at the beginning of this book I was shocked. I couldn't believe it. She is so strong just like all of these women in this series. She has been through so much and I never would have guessed what her life up until she came to Corps Security was like. Man...it was rough. Though why she would run back to that I have no idea. I couldn't understand why her not being able to be where she is meant means that she had to run home. Why not just start over somewhere else? I mean....her home is not good. Not good at all.

So Locke finally gets Emmy and brings her home and they have a rough go of it. Locke wants to open up to her, wants to move on from his past, but it is not as easy as just letting everything go. Good thing he has her there to help him. Sure it is really hard to get to the point where he is really trying hard to open up, where he is really all in with Emmy, but I loved reading it. I just wanted the best for both of these characters and wanted them to get their happily ever after. They are just great together and oh Locke. He is such an amazing guy and I was so happy when he finally figured that out. This was a wonderful end to a wonderful series.