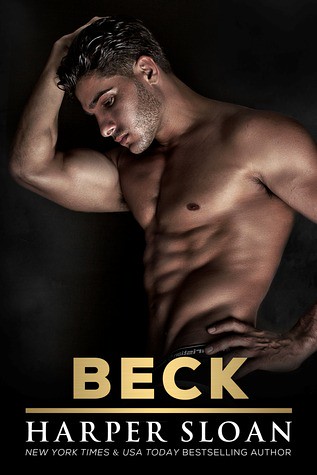 
Dee
I’ve always been good at wearing masks. Not letting anyone see the real me. I’m content being the happy-go-lucky best friend. The strong willed boss. The independent woman who doesn’t need a man.

But the truth is I’m just as broken as the rest of you. I’m terrified that all it will take is one person to make all my carefully constructed walls crumble into fine dust. So I guard my heart with everything I have. Determined to never let anyone get close enough to hurt me again.

All is perfect until HE walks into my life. No… he doesn’t just walk. He struts his good-looking, sex-oozing self right into my space and demands that I see HIM. Making me want what I know I can’t have.

So I did the only thing I know how to do.
I run.
But he just won’t let me go.

Beck
The second I see her, I know she will be mine. I see past the gorgeous smiles and heart-stopping laughter. I see HER. She doesn’t want me to know her secrets or the past that haunts her, but I make it my mission to find out.

To make her mine.

She can run all she wants, but it will never be far enough to stop me from coming after her.
She’s it for me and she knows it.

She’s just too scared to admit it.

Beck was a good read. I had been looking forward to reading Beck and Dee's story forever to see just what was going on with Dee. Why was she so closed off and running from Beck? What happened between them? And where would they go from here?

The story does show you Dee's home life growing up. Her parents are a nightmare and she never really had a good male role model. She chose bad men to let into her life and therefore thinks all guys are horrible. She never really had any friends either until Greg and Izzy, but even they don't see that she is wearing this happy mask to hide what she really feels. No one sees that except Beck. Beck who she sees and knows is actually a good guy, but she is too afraid, too messed up by her past to let him in.

Beck for his part is amazing. For two years he is there for Dee, by her side whenever she needs him, however she needs him, because he cares so much for her. Even though he doesn't know if she will ever be able to have a real relationship with him, be able to really open up to him, it doesn't matter. No one else in her life, none of these other people who claim to care about her so much, even notice that she has not been good for the past two years. That she has spiraled down into a very dark place and is just now starting to come out of it. I loved Beck. I loved how much he was just there for Dee. I loved how he would stick up for her. And I loved when he finally lost it on his brothers and told them exactly what was up. Everyone else in Corps Security keeps busting him because he needs to move on from these "games" Dee is playing, but he is just done with it. He knows this is not a game and she needs someone. He is willing to be that person and hope that eventually she will be ready to let him in. Oh, he was amazing.

And Dee? She is finally becoming stronger and able to stand on her own two feet. She has been trying and struggling, but finally ready to not let her past dictate her future. While the backstory, the what happened two years ago was a bit eh to read, I loved the present day parts. These two are so strong and so perfect for each other. It is not easy, Dee has some things going on that are not good, but with Beck by her side she can take on the world. I really loved how strong she was by the end of the story. How she was just done with all of this and ready to fight for her life, the life that she wants. There were a few surprising things that happened, things I was not expecting, but it was a really great read.