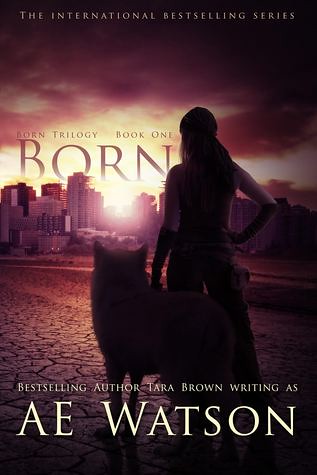 
"It's us and them, Em. There are no regular people anymore."

Ten years ago when the world ended she ran for her life.

Five weeks ago the world she'd hidden from came knocking on the door of her secluded cabin.

Ten days ago she found salvation hiding amongst the dead.

Yesterday she went back for the living.

Today she wonders if she will live to see tomorrow.

What do you do when the world you were born to is gone?

Where do you hide when even your own body isn't safe?

Emma ran when her daddy told her to. She hid like he said she should. He was the first person she turned her back on. The first one she let die.

Ten years has gone by and she still lives by the simple rules he taught her when she was nine years old.

"Don't help anyone. Don't go where other people are unless you have to. Trust no one. Always pull the trigger."

Until one night she hears the worst sound in the world, a knock. A simple, timid knock, on the door to her cabin.

Only the voice of the brave little girl, ready to die for her brother, persuades Emma to open the door.

As her fingers turn the lock, she has a terrible feeling she will regret her decision.

But even as regret fills her world, so do love and companionship. Things she never imagined she would ever have again.

Everything comes at a cost; you decide what you'll pay.

*Note: Some slight spoilers ahead

Born started off so promising. I was drawn into the story and loving it until about half way through. Then things started to fall apart a bit for me. Emma started to becoming super annoying and a lame love triangle was developing and I just didn't enjoy the last half of the book. A good idea, but the main character, or really most of the characters, got on my nerves by the end of the book. So much so that I didn't want to continue on to the next one.

Emma has been on her own for the past ten years. Ever since the world as we know it was destroyed and her father died. She has a pet wolf, but that has been her only companion since she was 9 years old. So she is not so good with people as she has hardly been around them. Her father taught her to survive, to take care of herself, to be independent. He taught her to not let other people in because that can get you killed. Stay by yourself, pay attention, don't do anything stupid and survive. So that is what she does. There are lots of bad people still living, seems like only the worst survived what happened, as well as the infected. I really enjoyed the world that was created. The ideas were pretty cool even if I don't know everything yet. The others, the infected, the breeding camps, everything was really fascinating and kept me wanting to read more.

So Emma is on her own for years until one night she gets a knock on her door. A girl, Anna, who is asking for her help. Her brother Jake is stuck in a hole not too far away and will surely die if she doesn't help. Anna doesn't care if Emma kills her just as long as she promises to help her brother. And this is where Emma starts to change. Unfortunately we don't get to see the change happen, we are just told it does. The book just skips time and Emma is all caring about these new people now and not going to kill them, will do anything to save them, etc. I didn't really understand since I didn't get to see the change, but I just went with it.

Then when Anna is in danger Emma runs off to save her. She meets some allies, a group of people who are actually living peacefully in the woods and trying to make a new life where they can. Through them she gets some help and starts to try and save everyone (though it was the beginning of Emma turning into a super annoying character). Once she meets everyone that is where the stupid love triangle comes in. She obviously likes one boy more than the other, but is very resistant to the idea. Plus the boy she likes is kind of a jerk and not cool at times. It was not so good. Then she risks her life to save one person, then decides she must save everyone! Every single person, except the people she indiscriminately kills because they are on the inside. Who knows some of them could be good people, she knows this as some of them helped her before, but let's not think about that. She gets all crazy by the end, runs off willy nilly and does whatever she wants. She won't listen to anyone, won't stop for a second and make a plan. Nope. If someone questions her she just gets angry and runs off by herself because that is smart. Good thing she is super awesome and nothing can stop her....

She also is super judgmental of most of the other people she meets. She hates the girl who also seems to like the boy she likes. She even goes off victim blaming her for being raped which is a HUGE no no. She was horrid. Absolutely horrid to the girl who wears clothing that Emma deems inappropriate. Plus thinks she is a whore because of said clothes and that the boy she likes likes that girl to. Or at least used to. Her and her judgmental self got on my last nerve. The victim blaming was the last straw. That happened near the end and really made me say nope to reading more of this series. I just can't stomach stuff like that. Not cool. Not cool at all. I just wanted to tell Emma to get over herself and stop treating everyone else like crap because you think you are so much better than them. I hated it. Such a shame as I did really like the first half. I was all in and couldn't put it down until Emma because someone I hated. Oh well.