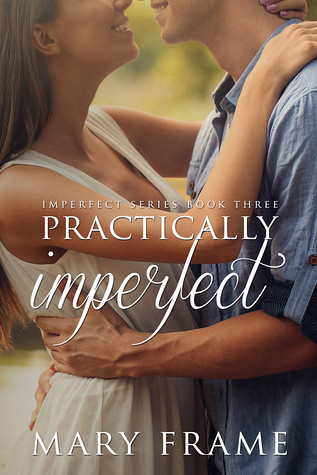 
Gemma McDougall is certain about three things: One, she’s never going to lose her Latina ass. Two, her career is more important than the crappy (and nonexistent) relationships she’s had to endure her entire adult life. Three, she’s going to get the next promotion to detective if it kills her. But then her job literally almost kills her, and she’s forced into unwanted medical leave.

Sam London is certain about three things: One, he has no idea how to have a normal adult relationship and will likely die cold and alone, ravaged by wild dogs. Two, playing a game of Drinking Jenga, while fun, also leads to late nights sneaking into the neighbor’s yard and getting held at gunpoint by the neighbor’s daughter. Three, he has no idea what kind of trouble Gemma McDougall has gotten herself into, but he’s going to be a part of it, no matter what.

Practically Imperfect was a fun, cute read. I really love this author and the characters she creates. They are so much fun! I just smiled/laughed my way through the book. If you haven't read the first two books in the series you can just jump in with this story, but you should definitely read them at some point. They are all amazing.

This is the story of Gemma and Sam. Gemma who is a fiery police officer and has somehow gotten into some trouble at work. Someone seems to be after her, but she doesn't know who or why. She doesn't know anything so she has to figure out what is going on, what the bad guys don't want her to know, before it is too late.

Sam was Gemma's next door neighbor growing up. Him and his family are huge practical jokers. He is always coming up with new ways to fool people or play a joke on them. He was a lot of fun. And he is at the time in his life where he is ready to settle down if only he could find someone to do that with. He has never had an actual relationship as the women he has dated don't appreciate his joking side so he tones it way down and becomes too serious. He doesn't know how to be himself and also be with someone.

When a late night game of Drinking Jenga makes Sam and Gemma meet up again for the first time in years there is something there. Sam likes her, but he knows he is no good with the relationships. He wants to get to know her better, but should leave it up to fate. And Gemma? She is not very trusting and doesn't want to get involved with anyone. She doesn't think she has anything to offer since her last jerk of a boyfriend had a huge problem with her job and tried to run her life for her. He was one of those guys where the woman should be docile and cook and clean and make babies, not be strong and independent and awesome like Gemma is. The great thing about Sam is that he doesn't want to change her. He wants her to do what she wants to do and supports her. He likes that she can take him and hold her own.

Through this all, through someone trying to kill Gemma, through her being injured and attacked, they grow closer and it was so great to read. I know it might not sound like it, but this author writes about more serious situations in a more lighthearted way that really works. It just makes for some funny entertaining hijinks that I just love. Like how they save the day and take down the bad guy? Kind of hilarious. Plus you get to see a bit more of the characters from prior books, like Lucy, Sam's brother and main character of the first book. She is hilarious and I love seeing her happy still. I love all of the characters and how they are all a bit goofy and sweet and wonderful and perfectly imperfect. A quick, fun, super entertaining read.

Also Available Now - The Imperfect Series 3 Book Bundle! All three Imperfect series books for one low price. If you haven't read these yet this is a great deal! 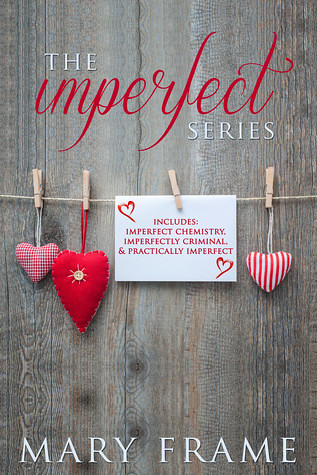