Give Me Love (Give Me #1) by Kate McCarthy 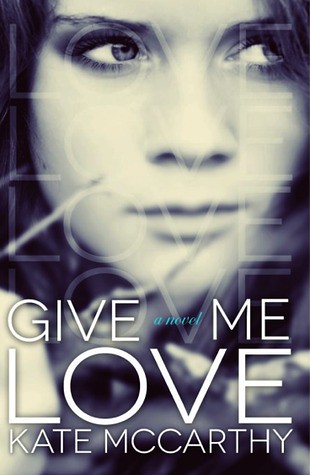 
Evie Jamieson, a former wild child, is not only a headstrong, smart-mouthed trouble magnet, she is also a lead singer with a plan. That plan involves relocating her band, including her two best friends guitarist Henry and band manager Mac, to Sydney to kick off their dreams of hitting the big time.

Jared Valentine is the older brother of Evie's best friend Mac and also the man determined to make Evie his. They strike up a long distance friendship which suits Evie because she's determined to avoid the distraction of love, not only because it doesn't fit in with her plan but because twice in the past it has left her for dead. Moving to Sydney however, has put her directly in Jared's path and he has decided it's the perfect opportunity to make his play.

Unfortunately Jared, co-owner in a business that 'consults' in dangerous hostage and kidnapping situations, makes an enemy who's determined to enact revenge. When this enemy puts Evie in his sights, Jared not only has a fight on his hands to make her his own, but also to keep her alive.

Is accepting the love he's so desperate to give worth the risk to both her heart...and her life?

Give Me Love was felt like it was trying to be a few different books, but didn't really succeed at any of them. It starts off as a romance, Jared trying to win Evie over and get her to admit she has feeling for him. That worked okay, but Evie could be frustrating. I didn't really understand why she was so adamant about keeping away from Jared.  Sure when she was young and acting out she made two really bad decisions with guy and she got hurt, but they were bad people. Jared is not. She is best friends with his sister who keeps trying to push Evie to give him a chance. Mac, the best friend, knows all about Evie's past, so she should know if Jared was a jerk like the other guys. I don't know. It was just...I didn't understand. So you got your heart broken twice you are just going to give up? Date "safe" guys who she likes, but not really like that.

When Evie first met Jared she was instantly drawn to him, and that hasn't changed since then. She used to live a plane ride away, but as this book opens she is going to be moving to the same town as him. How will she ever keep him from hurting her? Annoying. She obviously really likes him and he her so why not see what happens? She was really frustrating to read and I didn't like her much.

Then suddenly she decides okay, we are doing this, and then it is like they are living together right away. Okay, way to move like lightning speed. Fine, but the book is not even halfway over yet. So what is the rest of the story? Well some not so good suspense story. Someone is after Evie to hurt her because Jared and crew where there when bad guys brother got killed or something. It was a bit ridiculous in the way it played out. I just...it didn't seem realistic especially if Jared and crew had a company where their job was hunting down bad guys and such. They just can't find this one, he keeps causing trouble and getting away. It was a bit too unrealistic and underdeveloped I think. If it would have been the main focus of the story with Jared and Evie falling in love at the same time it might have worked. As it was it felt like two different books neither of which I really loved.

There are a lot of characters in this story and it can be hard to keep everyone straight, especially with all of the nicknames. I think my biggest issues, the thing I liked the least, was that they all felt very immature. All the names they called each other and such I didn't really like. I felt like I wanted to tell them all to grow up already. That and the "retard" name calling is not cool.

Oh and there is plenty of extra drama added for no reason. Like ton of guys getting thrown at Evie that make Jared freak out that she is cheating and stuff. By the end I got to the point where it was like really? This is what we are doing now? Why not throw in a few more things just for fun? It was all a bit much.

I did like that Evie was the female lead singer in the rock band. I don't see too many books where it is a female rock star as the lead. But overall it was not my favorite read.