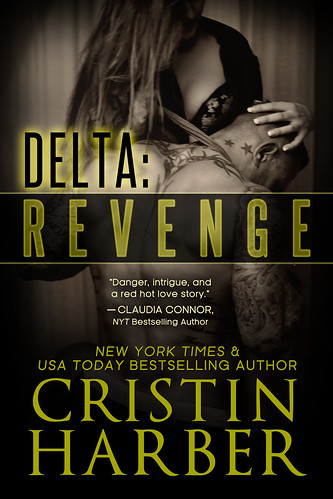 A Tortured Hero with a Heart of Gold

Growing up on the streets of Rio de Janeiro, Javier Almeida has only his older sister to protect him. When she’s sold to a human-trafficker, he vows to hunt down those responsible.

Years later, Titan Group’s Delta team finds him, tattooed and brawling, a vigilante protector with information they want. They take him in and train him, working him harder than a man should be driven, until he’s a soldier harboring an obsession. Ready for revenge, Javier ghosts his way across the globe, tracking the men who took his sister and working elite private security jobs.

Jilted at the altar, Sophia Cole turns the reception into a one-woman party. She’s intent on devouring all the cake and champagne, so she can bask in the calories she’s been avoiding. In the midst of the revelry, he walks in, the one man she can never ignore.

Javier is her older brother’s black ops teammate—an automatic Do Not Go There. But if there’s one thing better than fondant and a buzz to ease the wounds of a cheating fiancé, it might be a one-night stand with a South American military man.

It's a Game Changer

Javier didn’t expect to see Sophia again. He never thought he would even want to see her again. He shouldn’t have touched her, but his mind won’t stay away from her.

Now, Sophia Cole is thousands of miles away from the safety of her parents’ lavish estate and working alongside him in hell. She’s a staffer at an Embassy, and he’s there to keep them alive. There are bombs and bullets and blood-hungry enemies.

And then she’s taken. Gone. Just like his sister. But so much worse.

I just love Cristin Harber. Her stories are always so much fun to read. If you want super hot, intense, action packed reads then she is the author for you.

Javier lives for one thing - revenge. When he was younger his sister was taken and sold by some bad men and now he only wants revenge. He wants to take down the people responsible for hurting her. Nothing else matters. He doesn't have any ties to anyone or anything. Heck he doesn't have a place to live, a car, anything. When he was young fighting on the streets he got scooped up by Delta force and taught to be an even better fighter. Taught to be even deadlier with the promise that he would one day get his what he wants. He just moves from place to place with his job and waits for that day to come.

Sophie is an ambassadors daughter. She is supposed to keep up appearances and do what is right. She also does some super secret work helping women around the globe. Work that could endanger her life if the wrong people knew what she was doing. When the story opens she is about to marry Dr. Josh. The guy who she has dated forever, but she is now realizing has never made her swoon. Has never made her feel much of anything. Should she really be doing this? Luckily for her, though bad at the time, she finds out in front of her friends and family that he was cheating on her with her best friend. She knew he cheated in the past, but thought he had reformed. So wedding ruined, only Sophie handles the whole thing with such class. I really liked her. She is hurting and upset, but she still does everything she can to keep her mom happy. That is all she really wants in life, to make her mom proud.

Javier and Sophie first meet on that wedding night. Sure they knew who each other was before that, they both had crushes on the other, but it wasn't until that night when they both had bad days that they realize the other makes things better. If only for a night. Neither really expects anything to come of it, but it is what they both need. And phew! Javier is freakin hot! With is sexy accent, tattoos, and just all around tough guy persona he is pretty dreamy. He is one of those guys who once he commits, once he is all in, he would move heaven and earth to keep you safe.

After that one night everyone moves on and goes and does their own thing. It is not until they meet up again in Honduras where they are now both working that things get really intense. It is not very safe there, not the best place to be, but Sophie has a job to do. She has people she cares about, people she needs to help, and that is all that matters. She can't talk about her job, few people know what she is really doing, but this is what she wants to do. When Javier's team gets called in to help with some unrest in the area he is not at all happy to see her there. He wants her to go home, to be safe, to not put herself in danger. These two were so great together. Living under the same roof there is no way things don't get a bit intense. They are two strong people who just work together. Not that it is easy once they do get together. No Javier still struggles with his need for revenge, but what if his need to keep Sophie safe is stronger than that need for revenge? What if he had to choose between the two? What should he do? He struggles a lot with what to do and what would be best for everyone. It was really great to read. I loved watching these two figure everything out. I mean they both have jobs that take them all over the world, but can they figure out how to still make a relationship work? So much fun, so much intense action, such a great story.