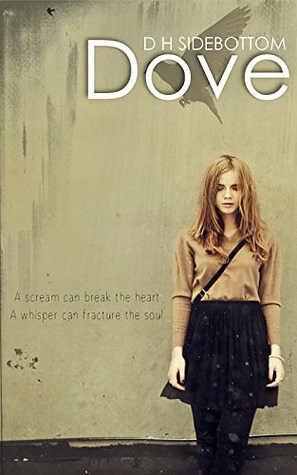 Available on
Amazon.com * Amazon.de * Goodreads
Synopsis:
After her mother abandoned her when she was just a child, Dove fled the only life she’d known with her younger sister, Serenity, frightened that the authorities would tear them both apart.

Leaving behind a life of poverty and constant hardship with the group of travellers she had grown up with, Dove has no choice but to turn to a life of debauchery and crime to feed their bellies and provide them with shelter and security.

Fast forward ten years and life is now so very different for Dove. Her once best friend and fellow traveller, Flick O’Kane, now a Hollywood star, appoints Dove to accompany him to a charity ball, unaware just who exactly his companion really is.

Both their lives come together in an explosion of sex, drugs and secrets. The friendship they once held close is about to be tested when their past threatens to rip them both apart and endangers not just their own lives but the very life Dove has broken her own soul for – Serenity’s.

Dove was not the best read. Most of my problem with it was the writing. It was telling more than showing. The characters didn't make sense to me, they didn't feel real. I know what I was told they were or what they did, but I didn't actually believe that based on the writing of said character. So it was just not that good of a read for me.

Dove has been in love with Flick for what seems like forever. She had the biggest crush on him growing up, but she is a few years younger than he is. She didn't know that he was in love with her as well, but because of the age difference he was biding his time until he could say something. Only he never gets his chance as her mother abandons her and she runs off with her sister, Serenity. She would do anything for Serenity and is determined to keep her safe. Now here was the first thing I didn't really understand - why didn't she take Flick's help? He was all ready to run away with them and help them survive, but the book just told me that she couldn't because of something and off she went. When I did find out at the end why she couldn't I didn't really understand why she went off by herself, but that was the problem with the book as whole so...

Anyways the story picks up ten years after Dove runs off with her sister. Flick has become famous and is getting divorced from his horrible wife of only a short period of time. She is getting nasty and he wants to try and hurt her so he hires the best call girl he can for a gala. Only he didn't know that would be Dove. When she shows up to accompany him of course things are a bit tense. He is angry, angry that she ran away and angry that this is how she is surviving. Angry because he could have helped her, but she didn't want his help. It was not that good. Really I don't have an issue with Dove turning tricks for money - she has become one of the best in the business and only works for high end clients. She has made something of herself and is famous in her own right. I didn't buy it though. She didn't seem like she was. I don't know why, but the writing just felt off.

So of course there are going to be a lot of issues to work out and Flick will have to accept how she has been keeping food on the table, but they both still have feelings for the other so they will get there. Now there is also this other issue of Dove not being able to get out because someone is after her and wants to kill her and she has to stay a call girl to try and stay alive or something. Only she finally decides to fight for her life and stop running and...that whole thing was...not the best. Again not believable. The bad guys didn't seem that bad or that capable and it just didn't work for me. You get Dove's whole backstory, what happened to lead her to today, but it was just eh to me. I don't know. I should have cared more as it told me it was not sunshine and roses, but I just didn't. So this was not the book for me.  I didn't really care about the characters and they/the situations just didn't feel real.