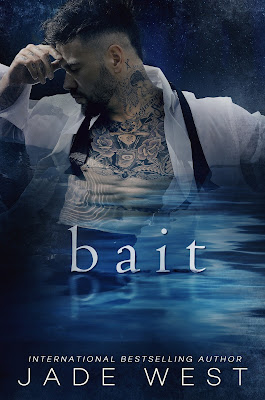 A stranger online. Dark hair and even darker eyes that knew my dirty desires before I did.
A fantasy that should never be spoken. But he pulled the confession from me.
And now he’s coming for me.
Rough. Dirty. Dangerous.
It’s supposed to be one night to get me off and make me forget.
He’ll make me his and I’ll pretend I don’t want him to.
I’ll run and he’ll chase.
Because I asked him for this.
I begged him for this.
Tonight, in the darkness, he’s the hunter.
And I’m the bait.

Bait was a fantastic read. I love Jade West so so much. Not only are her stories super hot, but they have a great story to them as well. Usually for this kind of smut I can get one but not the other, but with her books even if you took out to super hot sexy times you would still have a great story. Just a note about the story - the girl wants a monster to chase her and take her when he catches her and not stop, even if she says no because he knows she doesn't mean it (yes this is arranged beforehand). If that doesn't sound like your thing then don't read this book. If so then read on!

Abigail is broken. She hasn't had the best times recently and she is not sure how to start living again. One thing she does know is her dreams are back. Her monster is back. And maybe now is the time to take this fantasy into reality.

Abigail has always had the same dream - a monster chasing her. It started when she was young and they were a nightmare, but over time it grew into something more. It grew into a fantasy that she is a bit ashamed to want. She is at a point now where she wants to see if she can find her monster. Can find the guy who can use her like she wants. Who will chase her, make her afraid, but then give her all the pleasure pain she wants.

Phoenix is a monster. But not really. His past has made him this way and I loved the slow reveal of what actually happened with him. Why he isn't speaking to his brother, who made him the monster that he is, all of it. He has baggage too, just like Abigail, but when he sees her ad looking for a monster he is intrigued. He could be that for her. Make sure she doesn't get herself into a truly bad situation. One night, that is what she said. That is what he can give. One night and then it is done. She will never even know his name, never know anything about it. It should be perfect.

Only these two. Oh, it was hot, but also sweet. For as much as he hurts her (like she wants), he is also there to take care of her and make sure she is okay. They start off and shouldn't be anything to each other, but eventually grow to be everything. They have their ups and downs, they have their issues they have to work through, but if it is worth it they will figure it out. They will find a way to deal with everything as it comes at them. I loved Phoneix, I loved Abigail, but I really loved the two of them together. They were absolutely perfect for each other and together they made the other person better. 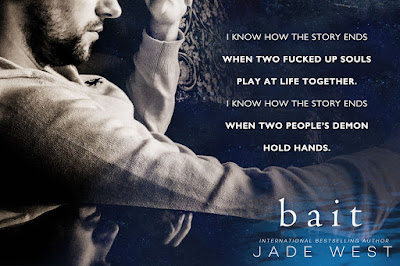 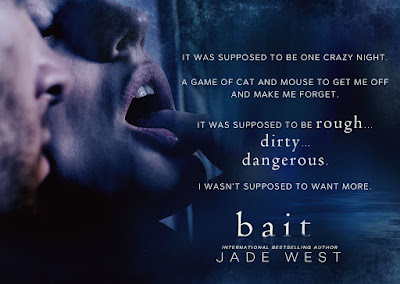