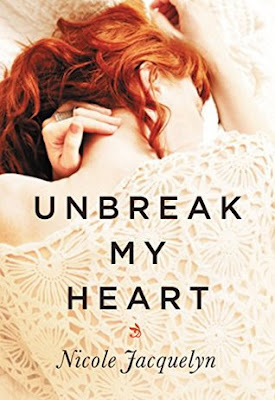 What do you do when your soul mate marries your best friend?

If you're Kate Evans, you keep your friend Rachel, bond with her kids, and bury your feelings for her husband. The fact that Shane's in the military and away for long periods helps—but when tragedy strikes, everything changes.

After Rachel, pregnant with her fourth child, dies in a car accident and the baby miraculously survives, Kate upends her entire life to share parenting duties. Then on the first anniversary of Rachel's death, Kate and Shane take comfort in each other in a night that they both soon regret.

Shane's been angry for a year, and now he feels guilty too—for sleeping with his wife's best friend and liking it... liking her. Kate's ability to read him like a book may have once sent Shane running, but their lives are forever entwined and they are growing closer.

Now with Shane deployed for seven months, Kate is on her own and struggling with being a single parent. Shane is loving and supportive from thousands of miles away, but his homecoming brings a betrayal Kate never saw coming. So Kate's only choice is to fight for the future she deserves—with or without Shane...

Oh man, I loved Unbreak My Heart. I was hesitant to start reading it as it didn't seem like something I would enjoy. Oftentimes I find the moving on from the death of a spouse stories to be too...not my thing. Somehow it cheapens the original relationship or something. I don't know. I have read some I did enjoy, when the person didn't just instantly move on with the best friend or something like that, but still. I don't seek books like this out. But this author will be at a signing I am going to in June and I am trying to read a book by ever author so I gave it a try. And I am so so so glad I did. This story was amazing! So much better than I expected. Oh, it had a lot of things in that I normally don't like, that normally annoy me in a book, but with this story it was okay. It worked. The writing, how it happened, everything came together into a beautiful read.

Katie is incredible. She used to be bff with Shane, they kind of grew up a bit together, and they spent a lot of time together. Sure, she has always had a crush on him, but it was fine. Until she introduces him to her roommate and he drops her in an instant for said roommate, Rachel. He marries Rachel and then acts like Katie never existed. It hurt, a lot, which is understandable, but she is friends with Rachel and always there for her. Shane is in the military and deployed a lot, and unbeknownst to him Katie is always at his house when he is deployed. She is there for Rachel, helping to take care of the kids, just doing whatever needs done. She is as much of a mother to those kids as Rachel is.

The story opens when Rachel, pregnant with her fourth child, is killed in a car accident. The child survives, but Shane and Katie are devastated. And Kate is still there, still doing whatever needs done with the kids. She doesn't interact with Shane much, but she loves those kids as her own and would do anything for them. Oh these two. I loved this story. When things start to change, when Shane starts to realize that maybe Katie is pretty freakin amazing, it was wonderful even though there was a lot of ugly in the story as well. Shane was...he was such a jerk to Katie at times. Oh, he made me angry, but I still liked him. I think it is because he would go off on Katie, or whomever, when he is angry, say a bunch of really terrible things, but then when he calms down he realizes he shouldn't have done that and tries to make it right. He always apologizes afterwards. Not that that makes it okay, but it helps me not hate him for always being a jerk. Plus I can understand. When your wife dies it is probably very difficult. And when you start to have feelings for her best friend, who used to be your best friend, it is complicated. Oh, my heart broke for Katie so many times, but she is incredible. She is always forgives Shane eventually.

There is this constant push/pull with these two. I don't really know how Katie deal with it, but she is a better person than I. Really those kids help a lot. There is a bit more to the story, a lot of things that normally I would have found annoying, but enjoyed the way this author presented them, but I don't want to give everything away. I will say there was one moment that made me so angry with Shane I thought maybe this won't be a happily ever after. I know they are both trying to figure out their way through these murky waters, but man he goes way too far sometimes. Like maybe Katie has finally had enough. I...these two just got to me. I loved watching Shane figure things out even if he messed up a lot. His realizations about Katie and Rachel and everything was wonderful to read. It is not easy for these two, but oh I loved them. I wanted nothing but great things for them. And Katie never felt like a consolation prize, nor Rachel. It was a great read. I definitely want to read more from this author. Amazing. Simply amazing story. The writing was phenomenal and if all the authors books are this good I would read anything by her.