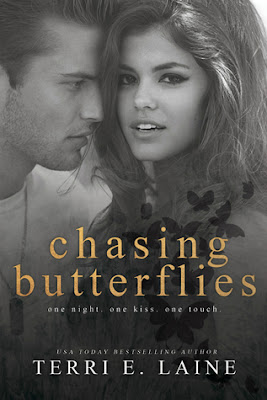 One night … one kiss … one touch … will change everything.

Kelley Moore’s tragic home life should make him a survivor. But when he’s uprooted yet again, his plans for a better future seem impossible. Being a player on and off the football field is all he knows, until Lenora Wells. The beautiful town princess makes him feel and want things he never thought he could have…

Lenora will do anything to get out of her town, even if it means dating the wrong guy. There’s one problem: she can’t stop thinking about the gorgeous, complicated boy with the unusual eyes who gives her butterflies and makes her question her choices.

When their lives collide, the world shifts and not in their favor. Four years later, the sins of their past can never be taken back and forgiveness won’t come easy.

College is a different game, a second chance for something better.

She’s not the girl he remembers and he’s the one boy she can never forget.

He’s made a name for himself as the star quarterback -- the golden boy who can do no wrong. But he’s only interested in being her hero.

Despite everything, she can’t deny he still makes her heart flutter; and she’s got him chasing butterflies.

*Warning this new adult romance contains adult situations and language that is not suitable for younger readers.

Chasing Butterflies started off so good, was a really enjoyable read, but then I don't know what happened. By the end I wasn't liking it at all and it didn't work for me. Some spoilers ahead!!

Kelley has not had the best of times thus far in his life. His home life is not good, his father is an abusive jerk, his mom not wanting to try and get away, it is just not a good situation. He is moved around and he only wants to play football and sleep with the girls as then he feels okay. They he doesn't have to think about what is going on at home or try and stay out of his dad's way. He used to have his older brother around to help with the dad, but he is gone now and so it is up to Kelley. Only Kelley can't handle him like his brother could.

When Kelley is uprooted again, starting a new school, he is not very happy about it. He wanted to play football, and now he is too late to get on the team. The first day of school he sees her, Lenny, though he tries not to go there. She is too good for him. So he sets his sights on the bff who is giving off the vibes that she would be into sleeping with him. Easy. That is what he does.

Lenny is immediately attracted to Kelley, but she has a boyfriend. Sure, her boyfriend is a jerk, but she has to stay with him for her fathers sake. That whole thing was kind of lame, but whatever. I didn't mind too much. I didn't really understand why Lenny had to date Ox when she didn't like him.

I really enjoyed the first part of the book. Lenny and Kelley getting to know each other. Lenny's bff is a piece of work and I hated hated hated her especially when she lies about what happened with Kelley. I just...it is not cool. At all. So yeah. They slowly grow closer and it was really cute. Of course it is not that easy and Kelley has to leave town after some things happen so he will stay out of jail. He promises to return for Lenny, but he has to get everything in order first.

So then we have the slow decline of the story. Once we skip ahead 4 years I really didn't enjoy the story as much. It was too...trying to be secretive and suspenseful and it didn't work. There were also a few things that made me angry as they were super lame. The author keeps trying to trick you and I didn't like it.

So Lenny is in a bad situation, living with an abusive boyfriend Prescott. She is trying to save up so she can leave, but she can't just head out on her own. When she runs into Kelley again the bond is still there, but she can't leave her jerk boyfriend just yet. Now Lenny shows up with bruises and such and makes up lame excuses. Why doesn't Kelley think that maybe she is not as happy as she is trying to seem with her boyfriend? Why doesn't he question the bruises she has? I mean his mom was abused! Shouldn't he at least have that on his radar??

The thing that really annoyed me though was the boyfriend. He is always referred to as Prescott in the four years later then shock! Surprise! He is actually Ox!! No. Just no. Why would you go back to him? He was horrible! I mean I understand needing someone when your *surprise again, though not really as I totally expected it* pull out birth control method doesn't work. Shocking that that is not foolproof...Ugh. So I get it. Your family doesn't support you, but really? Really. And when you see Kelley again you want to keep his kid from him? I hate hate hate this plot line!! I know Kelley left, but he is here now and you need to tell him he has a kid!!

So then the whole ending was super lame. Way too quick and easy and everything wraps up into a happily ever after. Lenny, Kelley, and their son. Oh! And Kelley's dad even comes back for a quick sorry I was such a terrible person, but I am better now maybe we can work this out scene. Ugh. It was too much. No. I don't buy it. It was all too much.

One last thing - the epilogue. At first I thought it was going to try and set up a second book, but instead it made me think that Lenny and Kelley would not work out. Like Lenny would believe any petty woman who told her she slept with Kelley now that he is going to be famous. I don't see them lasting with her insecurities about them. I know he said something to make her see that she will always be it for him, but no. I see them lasting a few years before his fame and notoriety get to her and she leaves him because she thinks he is cheating on her or something.

The first part of the book I really enjoyed, but the college years didn't work for me. Everything was too neat and tidy and the "surprises" made me roll my eyes. Not good.