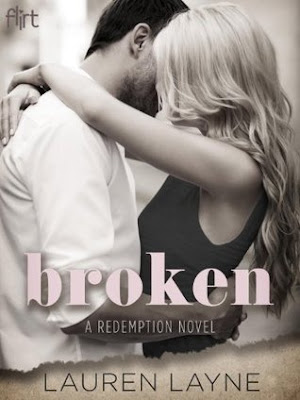 Lauren Layne’s heart-wrenching novel tells the story of a girl with secrets, a guy with scars, and a love that could save them both . . . or destroy them.

When Olivia Middleton abandons the glamour of Park Avenue for a remote, coastal town in Maine, everyone assumes she’s being the kind do-gooder she’s always been. But Olivia has a secret: helping an injured war veteran reenter society isn’t about charity—it’s about penance. Only, Olivia’s client isn’t the grateful elderly man she’s expecting. Instead, he’s a brooding twenty-four-year-old who has no intention of being Olivia’s path to redemption . . . and whose smoldering gaze and forbidden touch might be her undoing.

Paul Langdon doesn’t need a mirror to show him he’s no longer the hotshot quarterback he was before the war. He knows he’s ugly—inside and out. He’ll do anything to stay in self-imposed exile, even accept his father’s ultimatum that Paul tolerate the newest caretaker for three months or lose his inheritance. But Paul doesn’t count on the beautiful twenty-two-year-old who makes him long for things that he can never have. And the more she slips past his defenses, the more keeping his distance is impossible.

Now Paul and Olivia have to decide: Will they help each other heal? Or are they forever broken?

You know how you get to the end of a really great book, a book where you love the characters and are so invested in the story, and you are just like no!!! It can't be over! I need more time! I am not ready to say goodbye yet!! Well that was Broken for me. I was so incredibly sad when it was over because I wasn't ready to say goodbye to these characters. This was the first book by this author I have read, but it definitely will not be the last.

I picked up Broken not expecting much from the story, but oh my goodness did I love it. Right from the first pages I was drawn into it. I wanted to know what was going on, but more than that I cared about both of them immediately. I loved Paul and Olivia. They are both so broken, both think so poorly of themselves at the beginning. It was wonderful seeing Paul struggle with his demons. Seeing him lash out and try to push Olivia away only to find that she doesn't scare that easily. He keeps trying and trying, doing things and saying things that are really hurtful, and yet she won't leave him. It was wonderful.

Olivia has her own demons to fight. She messed up and has run away to the middle of nowhere to try and atone for her sins. Only she expects to be taking care of an old war vet, not someone close to her own age. Not someone she is attracted to and despite how mean he is someone she actually likes. More than she should. This was a beauty and the beast esque story and I loved every minute of it. It was mostly told from Olivia's point of view, but I loved the glimpses into what Paul was thinking at times. He truly thinks he is a bad person so when he lashes out he thinks that is just who he is. He feels bad about it, but what else can he do? Olivia is trying to upend his carefully crafted hermit life. She keeps pushing him to do more, to try, to hope that he could actually be normal again. This story was wonderful to read. I love that they can both give as good as they get. That they don't back down. That they are perfect for each other. Oh I never wanted it to end, but end it must. A wonderful story.