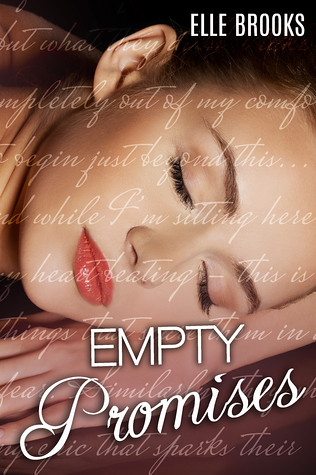 What would you do if you knew when you were going to die? Would you will death to come and claim you quickly? Or would you pray for more time?
It wasn’t until I knew that I was about to die, that I decided to really live. And it wasn’t until I gave up on love, that I finally found it. Just not in any of the places that I’d been searching.
Sometimes you don’t get the fairytale happily ever after, but if you’re lucky, you get so much more. You get a perfect beginning that you can keep hold of until the end.

After reading the first two books in this series I was excited to read Emily's story. What happened those last months before she died. I knew she found someone else, and I was interested to see even though I knew how it would end.

Unfortunately Empty Promises was not as good as I had hoped. It was an okay read, but it was too short and hard to really get into. I wanted to really get to know Emily and Lucas, see what her last days were like, watch them fall in love, all of it. I wanted to feel. Instead it was too quick. They were suddenly in love, suddenly everything, and I didn't see it. If it was a bit longer, a bit more developed, then it probably would have been great. Instead I felt like I just got small glimpses into their lives. Just small segments that kept me from really connecting with the characters. I enjoyed the story, but I didn't love it.