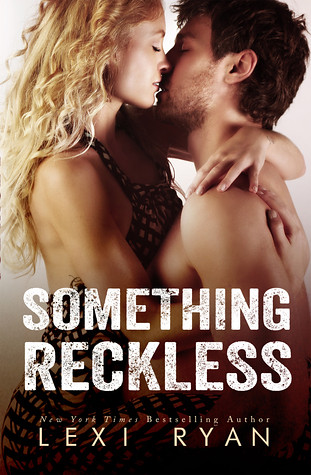 He talks dirty to me, but I don’t know his name.

He wants to tie me up, but I don’t know his face.

He turns me on, but I couldn’t point him out in a crowd.

I’ve fallen for an anonymous stranger, and now the anonymity ends. I want more than typed secrets and texted promises. I want something reckless. Heat. Passion. The thrill of being entirely possessed.

Because I suspect this anonymous stranger isn’t a stranger at all.

Lizzy Thompson met riverrat69 online through a service promising to deliver meaningful relationships by forbidding its users to share names or photos until they’ve reached a certain benchmark. She was looking for love. He was researching an investment. They hit it off. Talked and flirted, hid behind screen names and cartoon avatars.

Now they’re breaking the rules and meeting in person. But Liz is prepared. She’s picked up hints and followed clues. She’s nearly convinced she’s discovered the identity of her dirty-talking online friend.

She wonders if her ex-lover Sam Bradshaw knows her identity too.

When she rolls the dice on one reckless night, her chance at something real could crumble.

Oh my goodness. I just finished reading Something Reckless and wow. I usually try and write reviews for series where the story is a continuation of the same story before I read the next book and I have to get this written so I can go on and see what happens next! Wow that ending...not quite what I was expecting and I don't want to ruin it for anyone, but woah. Yeah. I need a minute to process.

This is the story of Sam and Liz. They are amazing together. You can see the connection between them. Even before they really get together you know there is something more than just sex with them. You can see how much each of them cares for the other, but the whole way through the book I keep yelling in my head for them to actually have a conversation. Just talk to each other and you guys can work everything out! Use your words! Especially Liz. She didn't want to tell Sam about anything, worried that he would hate her though why he would I am not sure. I mean she didn't do anything wrong, the situation is just a little messed up. She thought she was doing everything right and wanted everything to be perfect. Especially now that things might be working out with Sam whom she has liked forever. Who she threw herself at when she was too young and he didn't take advantage of her. Who she slept with a few years ago, but then thought she saw something and instead of talking pushed him away. Who has always had a thing for and who she can't seem to shake.

And Sam? Oh he has always liked Liz. He never thought he was good enough for her or could do an actual relationship, but for her he wanted to try. For her he would do anything. Only 14 months ago something happened that broke his heart, something that made him feel like he should hate her, but he can't. He still wants her even if it is not possible.

These two are really great with all the tension between them. They are so hot together, they just work, but they do need to learn to actually talk to each other. Sam still has some secrets that I am sure Liz is not going to respond well to. Plus Liz needs to stop running and pushing Sam away as a preemptive measure so that he won't hurt her. The first half of this book was kind of light and fun and hot, but then the drama came and it was a whirlwind that I kind of loved. Normally all this drama would put me off, but really I just want to read more. So there you have it. Sam and Liz = together forever, everyone else keeps trying to mess that up, and there are a few surprises along the way. I must say I don't like Connor or Della at all. Well maybe Connor a bit more, but he is still not my favorite person. I don't know why Liz always sees the best in him. Most of Sam's family and "friends" are really not good people. We shall see what happens next. I can't wait to see them get their happily ever after (and hopefully take a few people down!)