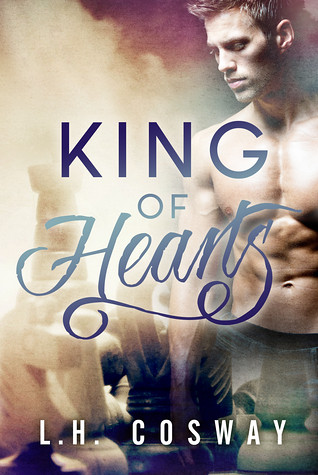 
Welcome to the City, London’s most prestigious square mile, where finance reigns and Oliver King is a rising prince.

I used to rule the world.

I liked money, and power had its advantages, but what I really wanted was to excel, to surpass the men who came before me. I never cared much for love and romance until I met Alexis.

I could feel it the very moment she walked into the interview, with her outspoken charm and vivacious personality. She cast all the others in shadow, made me laugh when life held no humour. Our friendship should have remained professional, but it wasn’t long before the lines started to blur.

You know what they say about the best laid plans of mice and men? Well, I never foresaw where my plans would lead, and only in my darkest hour did I finally see the light…

You can have all the money and prestige in the world and still be the poorest man alive. And love, well, I hate to use a tired old cliché, but love can be the thing that truly sets you free.

I'm really loving this Hearts series by L.H. Cosway. Every character is so different yet fits into the same world. It is really remarkable.

King of Hearts is the story of Oliver and Alexis. If you have read Hearts of Fire then you have been introduced to Oliver King already. King of Hearts starts off before that book and tells what happens. The first part of this story, the before, was a good read. You get to see Alexis and King fall in love even though they try not to. You get to see how lovely they are together and how there is just a connection that is so strong between them. They were fun to get to know, but you know something is coming. Something that won't be that good for them overall.

The second part, after, is where I think the story really became amazing. Up until then it was just a lovely love story, but after? That is where you get into the meat of it all. The heart and soul of the story. The parts that make you cry for the characters and cheer them on at the same time. Oliver has some demons, some issues that he never really thought of as issues before. When things went bad they went really bad, but luckily he found himself in the company of some amazing people who help him so much. And Alexis? She is so strong. I love how she is so independent, she can survive on her own, but she just wants to be with Oliver. She loves him so much and it was beautiful. I liked the before story, but I loved the after story. When things fall apart what do you do? How do you bring someone back that is so far gone? Oliver is a unique character and I don't know that I have read anyone quite like him. All of these people Cosway created in this series have been much different from most. I love it.