Behind your back (Behind Your Back #1) by Chelsea M. Cameron 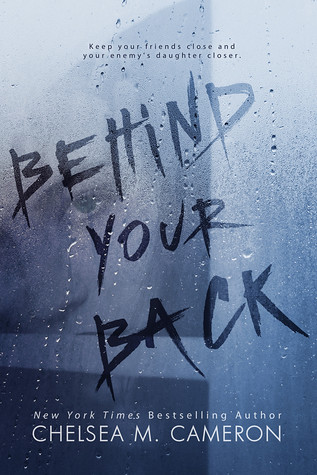 
To get to him, I need to use her.
I’ll play her like a violin and have her falling in love with me before she even knows what’s happening.
It will be easy. I’ve done it before and I’ll do it again.
She’s just a girl.
A tool to get what I want.
When I’m done with her I won’t think twice about walking away.
At least, that was what I thought.
Until I met her.

I loved the Fall and Rise series by this author, so when I saw this book I was intrigued. A guy that needs to lead a girl on, is playing her for his own reasons, but ends up falling for her? Sounds good. Only...it was disappointing. I kept looking to see if this was really the same author. It was so very different from the Fall and Rise series, the writing, the characterization, everything, and not in a good way. I thought well maybe this was the authors first books or something, but no it came out after those. I don't really know what happened with this one, but it missed the mark. I only kept reading it after 50% to see what would happen as I knew there would be a twist, only you don't find out much. Must read book two for that, so I suppose I will never know.

Behind Your Back is the story of Quinn/Sylas and Saige. Quinn is an assumed name as he works with some friends doing some not quite legal stuff. His mom was taken from him by some bad guys and him and his friends are trying to take guys like that down. They only target bad men, guys who use their power and influence for human trafficking and drugs and stuff. At least that is what I gathered from this book. It is never really explicitly explained what they are doing, but it could have been fun. The problem? This story is told from Quinn's point of view and I couldn't connect with him at all. It was kind of boring, not much happened, and the story didn't make me care. I know he has problems, he told me, but...it just wasn't good.

And Saige? She is the daughter of their current target. Quinn is supposed to get close to her so they can get dirt on the dad and take him down. Only he falls for her apparently. He has never had that happen before, but just like everything else I didn't see it. I was told he fell for her, but it didn't work. I couldn't connect with any of the characters or situations so it was just not a very good read. I was at least expecting some kind of surprise at the end, but I got there and thought yep. Just as I thought. Why this is happening I don't know, but I am not sure I can read through another book to potentially find out. This was a big disappointment. If this is the first book by this author you have read and you didn't enjoy it try some of her other works. They have all been so much better than this one.