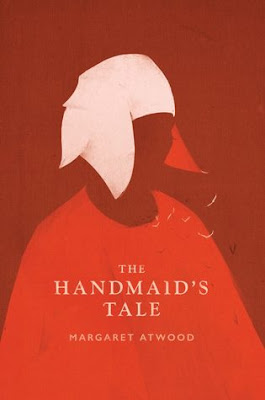 The Handmaid's Tale is not only a radical and brilliant departure for Margaret Atwood, it is a novel of such power that the reader will be unable to forget its images and its forecast. Set in the near future, it describes life in what was once the United States, now called the Republic of Gilead, a monotheocracy that has reacted to social unrest and a sharply declining birthrate by reverting to, and going beyond, the repressive intolerance of the original Puritans. The regime takes the Book of Genesis absolutely at its word, with bizarre consequences for the women and men of its population.

The story is told through the eyes of Offred, one of the unfortunate Handmaids under the new social order. In condensed but eloquent prose, by turns cool-eyed, tender, despairing, passionate, and wry, she reveals to us the dark corners behind the establishment's calm facade, as certain tendencies now in existence are carried to their logical conclusions. The Handmaid's Tale is funny, unexpected, horrifying, and altogether convincing. It is at once scathing satire, dire warning, and tour de force. It is Margaret Atwood at her best.

"Better never means better for everyone, he says. It always means worse, for some."


The Handmaid's Tale is one of those books that I have been hearing a lot about lately. How spooky it is with what is happening in the US at the moment. Plus they are making/made a series out of it. So I thought it was finally time for me to pick up the book and read it.

And...It was okay, but nothing amazing. Nothing...I was so detached from the story the entire time I never felt much for the characters. I don't know why, but it was just eh. That and I didn't really know what was going on, the author wanted to keep you in the dark so it wasn't anything special. If I am being honest I got bored at times. Once I found out what was happening, what the Handmaid's job was and everything the world involves now, it was like yeah that is not good, but again I was so disconnected I didn't feel much. It was like oh okay, next. I don't know.

Maybe this was a situation where all the hype left me expecting more than what I got from this story. Like I thought it would be super awesome, but I could have stopped reading at any point and been okay with that. As it is it has been a week or so since I finished and I don't remember it that well. Just the girl going to the store, a few scenes here and there, and I just didn't care. That is the big issue. I didn't care. I didn't care what happened to the main character, I didn't care what happened to anyone. I did go and read through some other reviews of people who didn't like it and it seems like the biggest takeaway for them is they don't believe this could have happened in the timeframe it was supposed to. Which fine, but I just went with that and this is the way things are, but meh. When you can't make me care for the characters/story then it is not very good. I think maybe I just don't like Atwood's writing. This is the second book I have read of hers and neither of them were very good, at least in my opinion. Neither of them made me want to go read more of her works. They were forgettable and I am sure by next week I will have forgotten even more of this story. Oh well.