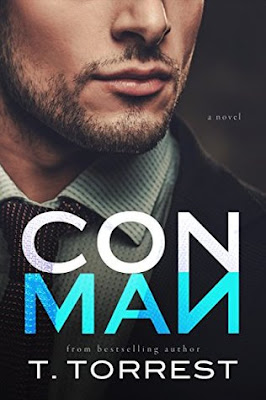 Lucas Taggart is the best con man in the business, so to speak.

A former-geek-turned-hottie, Luke is now an image consultant and life coach to the rich and privileged in New York City. His eight-week program is designed to transform ugly ducklings into swans by instilling some much-needed confidence, and hey, a makeover never hurts.

But when Ainsley Carrington signs up as a client, Luke's world is thrown into a tailspin. Ainsley doesn't need an image consultant; her image is already perfect just the way it is. Luke immediately finds himself grappling with his attraction to the introverted beauty as all his old insecurities come bubbling back to the surface.

Thankfully, his new friend Mia is around to help him see that maybe the only makeover needed is on himself. Soon enough, the coach becomes the player as lines get blurred and professionalism gets thrown out the window.

The thing is, Luke doesn't date his clients. Ever. But fighting his desire is proving more difficult than he ever imagined. Especially since the cocky and arrogant "confidence man" has just completely lost his cool.

***CON MAN is a romantic comedy novel intended for ages 18+ due to some offensive language and graphic sex/sexual situations.***

I really enjoyed Con Man. Much more than I had expected. I read the synopsis and thought it could be okay, but oh, Luke was so much fun to read! I especially liked how it didn't go exactly the way I expected it to.

Luke has a business that is helping people be more confident in themselves. He makes them feel that they are amazing and can have it all. Plus a makeover and some gym time and they are good to go. I actually enjoyed his business. I liked that it was about giving people confidence, even if that did also include changing them on the outside (for some). He does work mostly with women, but some men come to him for help as well. Now things are going great for Luke until Ainsley shows up as a client. An already beautiful client who doesn't really need his help like most of his clients. A client whom he likes and wants to get to know better, but he doesn't do that. He keeps his business and personal life separate...at least while they are still clients.

A few days after meeting Ainsley, Luke also meets Mia who was so much fun to read. I loved how she would say what she thought and took Luke down a notch a few times. They start just being friends, but she could use some help being more confident at work and so she could use some tips from Luke. Only when he tries to change the way she looks as well she is not having any of that. I loved her so so much and she was so good for Luke. Good that he had her to talk to and hang out with and be there for. Mia was great.

Now Ainsley becomes more and more of an issue for Luke as he really wants to throw his rules out the window and try to get together with her. However, she has had a long time crush on someone else which is why she acquired his services. I loved watching Luke with Ainsley and how insecure he could be even though he was the confidence coach. I just really enjoyed watching Luke stumble through his life at this time. It was a lot of fun.

Now I will say that I enjoyed the book, but the ending felt a little rushed to me. It wasn't terrible, didn't ruin the story or anything, but I could have used a bit more time before the happily ever after. Even so it was a super fun read that I would recommend.