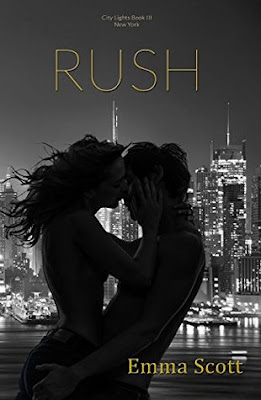 To be blind is not miserable; not to be able to bear blindness, that is miserable. --John Milton

Charlotte Conroy, Juilliard-trained violinist, was on the cusp of greatness when tragedy swooped down on dark wings, crushing her hopes and breaking her heart. The music that used to sing in her soul has grown quiet, and she feels on the verge of setting down her violin for good. To pay the bills, she accepts a job as a personal assistant to a bitter, angry young man who’s been disabled by a horrific accident …

Noah Lake was an extreme sport athlete, journalist and photographer. He roamed the world in search of his next adrenaline high, until a cliff-dive left him in a coma. He awakes to find his career gone, his dreams shattered to pieces, his world an endless blackness that will never lift.

Charlotte begins to see that beneath Noah’s angry, brittle exterior is a young man in a pain. She is determined to show him that his life isn’t over, that he has so much to live for, never dreaming that she would become the only light in his darkness, or that he would help her find the music in hers.

The life he knew is over. The life she wants is just out of reach.
Together, they must face their fears and rediscover what it means to really live.

RUSH is Book III in the City Lights Series, and each can be read as a standalone.

Rush was a great read. I loved these characters, I loved their story, I really enjoyed this one.

Noah was an adrenaline junkie. He was working for an extreme sports magazine writing articles and chasing the next thrill. He has it all. Until an accident that almost kills him, which sometimes he thinks would have been better. Instead he is left blind, but he is not happy about that. He clings to his old life even though there is no way for him to have that life again. He refuses to accept that and it makes him really angry and unhappy and not a nice person to be around. He is holed up in his parents place in the city and he barely leaves his room.

Charlotte is a violin prodigy. She was going to Juilliard, had a boyfriend she loved, everything was on track for greatness with her. Only tragedy struck and she lost everything. She can't feel the music anymore. She can still play, but it is not the same. It hurts too much. She can't find music like she used to and it is really hard on her. She doesn't know if that will ever come back, if she will ever be able to really play again, so she is taking some time off. Working two jobs to just barely make the rent at her tiny shared apartment where she gets no privacy. When she gets offered a job as Noah's assistant she accepts. She knows he is angry, unkind, and it will not be easy, but hopefully she can make things just a little bit better for him. At the very least she will be there if he ever needs someone.

Right from the start Noah is a bit intrigued by Charlotte. She plays for him and he realizes how amazing she is. She should be playing for people, not hiding away in his place helping him. Slowly but surely she manages to work her way into his life, beneath his hurt and anger, and he starts to care for her. It was really sweet. I loved how the two of them were both broken, but they both started to try and work through some of their issues together. I will say one slight thing I didn't like so much was that Noah was always trying to be better, to not be so angry and such, for Charlotte. For them. Which is good and all, but really he should eventually want to for himself. But that was just a small thing.

So of course there is a lot to work through before these two can have a happily ever after. The pain and anger are not just going to go away for Noah. It is not some magical cure where suddenly everything is okay. I liked him much more than I thought I would. Really I have read a few books where the main character is recently blind or going blind and I haven't really enjoyed them. The way those characters talked about it made me angry. Like blind people can do nothing. Whereas I understood Noah. He understands he could do things if he learned to, he could get outside his four walls if he wanted, but he is just too angry, to determined to hold onto the past to do so. His struggles I understood. Both of them really. This was a really great read.