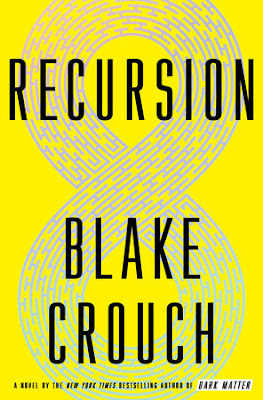 Memory makes reality. That’s what New York City cop Barry Sutton is learning as he investigates the devastating phenomenon the media has dubbed False Memory Syndrome—a mysterious affliction that drives its victims mad with memories of a life they never lived.

Neuroscientist Helena Smith already understands the power of memory. It’s why she’s dedicated her life to creating a technology that will let us preserve our most precious moments of our pasts. If she succeeds, anyone will be able to re-experience a first kiss, the birth of a child, the final moment with a dying parent.

As Barry searches for the truth, he comes face-to-face with an opponent more terrifying than any disease—a force that attacks not just our minds but the very fabric of the past. And as its effects begin to unmake the world as we know it, only he and Helena, working together, will stand a chance at defeating it.

But how can they make a stand when reality itself is shifting and crumbling all around them?

It wasn't until I had already started Recursion that I realized I had read this author before and didn't care for the other story. But this one drew me in at the beginning because I was really curious to see what was going on. What was up with these false memories and what they are going to do about it so I kept reading.

Now the start of this story really drew me in and I was reading every moment I got. I was curious how Helena and her memory chair would play into the whole thing. Switching back and forth between her and Barry in different times was interesting. He is investigating a discrepancy in a FMS death that he responded to. No one knows what causes FMS, but it is really mentally taxing on a lot of people. There has been an uptick in suicides of people who have FMS. Like their false memories are so real that it can be really upsetting to have two lives you remember. Especially if you had people you cared about in your false life, or died, or anything traumatic. So I was wanting to read more. Until the end of book one...when we find out what is going on and then...well I was less than enthusiastic about it. The start of book two I had to make myself read as it was kind of boring to me. It wasn't what I was expecting and honestly sounded a bit like nonsense so....

But then the story picked up some and I read until the end. There were many ebbs and flows in the story, times where I was really interested to find out what would happen next and times when I was bored and didn't care. I had the same issue with this story as I did with Dark Matter, the other book I read by this author - the science stuff didn't seem realistic so it didn't work for me. I know we don't have these technologies now, but even so it felt like this isn't something that could happen. To have good sci-fi I need to believe the science. I need to believe that in this world that the story takes place this stuff could happen. And in this one I didn't. Mostly because of the way the author talked about the science parts of it. I myself am the first to admit I am not the best with the sciences involved in this story, but even so it felt off. Like it couldn't happen. So it wasn't the best. That and sometimes the character made stupid decisions so it was overall just an okay read. Interesting to think about, but not my favorite read (though better than my first read from this author).