Blog Tour: The Truth About Lies (The Truth Duet #1) by Aly Martinez 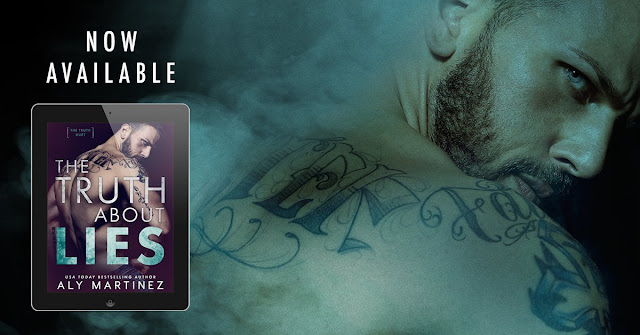 The Truth About Lies is now live! The second title in the duet, The Truth About Us, will be releasing on September 13th! You can pre-order it from Amazon now. 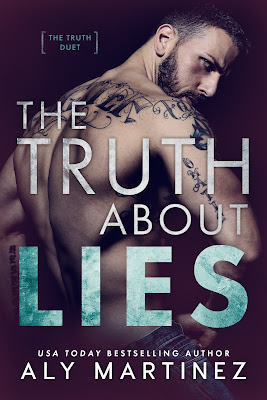 I was a little afraid to start reading The Truth About Lies especially since book two is not out yet. I had been seeing people commenting on how they need the second book to see what happens and...I am not very good at waiting. Especially when it is an epic cliffhanger and you have to wait to see the hopefully happily ever after! And once I started reading this story I thought oh, well, I am screwed. This is going to be a dark and dangerous one and I am just going to have to try not to get too involved. Only this is an Aly Martinez book so how can you not?

Right from the very first words I knew this was going to be a tough one to read. Cora does not have a happy life. She has not had a good go of it in a long time. She has not had anyone that really cared about her or took care of her in forever. And she has no hope of getting out. At least not anytime soon. But she is biding her time and trying to make the best of it. Trying to keep all her girls as safe as she can and do what she can for everyone else. Because that is who she is. How she can still be so sweet and kind and wonderful is beyond me. She lives in a dark work, in a place where I would struggle just to survive, but you do what you have to. She is just so wonderful with everyone. She cares for them even if they don't particularly care for themselves. She is so kind and selfless it is incredible.

Penn has his own dark past. His own nightmares to face. And he has not let anyone in in a long time. Not since the day he lost her. Only Cora is there. Cora sees him and tries to take care of him and he only has so much willpower. Because she is so amazing how could he not start to fall for her? Only that is not in his plans. He never wanted that, but he will now do whatever he needs to to save her and give her the life she should have had. The life where she is not worried about everything all the time. A life where she can breathe.

These two start in such a dark place but it is amazing what having someone else to share the burden can do for a person. The story itself wasn't as bad as I thought it would be. Not that it is a bed of roses, but when it is just Penn and Cora and crew it was so sweet. You could almost forget where they were and what their situation really was. You could almost believe they were just two people who had the world at their feet. Two people who are falling in love and living their lives the way that they want. Only to have things crash down around them. They say hope is a dangerous thing and man I hoped things wouldn't get too dark before they got better. But sometimes that is what has to happen. Sometimes you have to go through the dark to get to the light. I knew with this author we would have that, but you can't blame a girl for hoping things will just somehow work out. And with the twists and turns, the surprises at the end I can't wait for book two. Because I really need to see what happens next!

Be sure to follow Aly's newsletter for news about the duet.

Want to pre-order the next book in the duet? 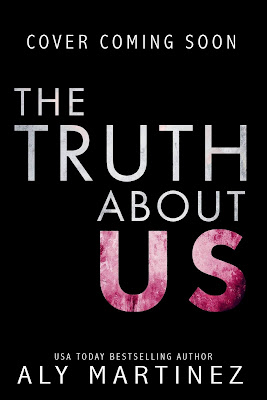 Originally from Savannah, Georgia, USA Today bestselling author Aly Martinez now lives in South Carolina with her four young children. Never one to take herself too seriously, she enjoys cheap wine, mystery leggings, and baked feta. It should be known, however, that she hates pizza and ice cream, almost as much as writing her bio in the third person. She passes what little free time she has reading anything and everything she can get her hands on, preferably with a super-sized tumbler of wine by her side.
Sign up for Aly's Newsletter