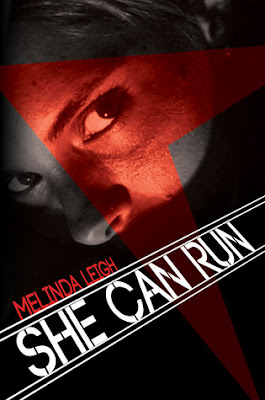 Elizabeth was a young widow with two small children when she met Congressman Richard Baker. Handsome and wealthy, with a sparkling public image, Richard seemed like the perfect man to provide the security that Beth and her kids were craving. But when she uncovers a dangerous secret about her new husband, Beth realizes he will go to any lengths—even murder—to keep it. After barely escaping with her life, she and her children flee. They eventually make their way to a secluded estate in the Pennsylvania countryside, where Beth dares to hope she has found a safe place at last…

Forced into retirement by an unexpected injury, Philadelphia homicide detective Jack O’Malley is mourning the loss of his career when his uncle abruptly dies, leaving Jack to dispose of his crumbling country house. Unbeknownst to him, his uncle engaged a caretaker just before his death, a mysterious woman with two children and a beautiful face that haunts his dreams. Determined to know her, Jack begins an investigation into Beth’s past. When he uncovers the shocking truth, and a local woman is viciously murdered, Jack puts his own life on the line to keep Beth and her children safe.

She Can Run is a sexy, satisfying debut from award-winning author Melinda Leigh, packed with enough suspense and romance to get even the tamest heart racing!

She Can Run was a fun read. I enjoyed the suspenseful storyline more than the romance, but overall it was a good read

Beth is on the run. She is trying to stay hidden from her high power husband. She saw something she shouldn't have, he almost killed her once and she can't let him find them again. Especially since she has her two kids to look out for.

Jack used to be a police detective, but an injury has forced him to come to terms with not being able to do that job anymore. When his uncle passes away he is put in charge of his uncle's estate. And that comes with a woman who is obviously hiding something and two kids who are terrified of him for some reason. His uncle had hired the lady to be the caretaker, but Jack can't figure out why. It is not like his uncle seemed to care if the estate was in tip-top shape or not. But Jack knows Beth needs a place to stay so at least until they figure everything out she can stay there.

Now Jack and Beth both seem to hit it off right away. Their romance was a little meh to me. Beth was always 'I shouldn't like him, I shouldn't trust my own judgment as it has been faulty in the past, but my body wants him" It was...just okay. I didn't really see them being madly in love or anything, but it wasn't bad either.

Besides Beth's husband trying to find her there is also a killer that the cops can't seem to find. And he also sets his sights on Beth so yeah she has a lot of people after her. Add to that some super creepy guys that live in town and Beth is not all that comfortable going out and about. I don't blame her. Things move pretty quickly and the end is really quick, but I enjoyed this read. Not that I think we get the and they lived happily ever after moment. If anything it is more like and then they had a lot of therapy and hopefully were able to put all of the craziness behind them. I mean it was a lot of stuff that happens in a very short amount of time. I don't know how I would ever feel safe again except for with a lot of help from trained professionals. Yeah, Beth has deffinitely been dealt a not good hand. But she gets through it. I am looking forward to reading more from this series.