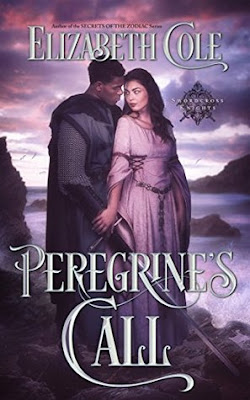 For true love, nothing is impossible.

Robin was born poor in a rough, remote part of England. She survived only by disguising herself as a boy and learning to hunt on her own. Then the kindly de Vere family helped her become a proper, polite young woman...almost. Despite the family's efforts, Robin's heart is still wild, and when she learns that a valiant knight--one she's always admired--needs her help, she finds her cause.

There is no other knight in England quite like Octavian de Levant. Born in Africa, raised in the Holy Land, and trained by a military order, he's a skilled fighter and a constant wanderer. Now, he's sworn to aid the king in the war for the throne. The last thing he wants on his expedition is the company of the fiery and unpredictable Robin. But she is also the only person who knows how to get him to his destination.

The unlikely pair venture deeper into the deadly landscape of the border between England and Wales, and soon find their uneasy alliance growing into something more passionate. Robin and Octavian can't give in to those feelings, or they'll be lost in a maze of broken promises and conflicting loyalties. A path to happiness seems impossible. But for true love, nothing is impossible.

The fourth and final book in the Swordcross Knights: a series of full-length historical romance novels set in the vivid and beguiling world of medieval England.

Peregrine's Call is the first book in the Swordcross Knights series I have read and it was a lot of fun. Characters from prior books were in this, but the author did a good job of giving the reader relevant information so if you didn't know the prior stories you wouldn't be lost. It also seemed like it wasn't too much so if you had read the prior books you wouldn't be annoyed.

Robin grew up in the wild pretending to be a boy to survive until she found some people who cared for her and looked after her. Only the people looking after her are trying to teach her to be a proper lady and she does not excel at that. She longs to roam free and hunt and do whatever she pleases. She is tough, can take care of herself, but she cares for those who are looking after her so she is trying to do what they want. I really enjoyed how self-sufficient Robin was. It was fun watching her tag along and help out when needed.

Octavian, Tav to his friends, is a knight on a mission to get some secret information for the king. Information that might help him greatly in the coming battles. But first he wants to stop by and visit some of his old friends to see if he can get some more information about the wilderness he has to travel through to get the info. The same area that Robin grew up in, only no one will talk to her and tell her what is going on so she can help. Because she is in training to be a lady and that is not ladylike. Of course when she finds out what is going on she sets off to be of assistance to Tav. She has always liked him and doesn't want any harm to come to him.

Now these two were fun to read, although their romance was a little quick for me. I didn't really see them in love, but it wasn't the so bad that I didn't enjoy it. It just felt like everything happened too quickly with them and I would have preferred it to be drawn out a bit more. For them to get to know each other better before they really do anything.

Robin and Tav were fun to read and I enjoyed watching their adventure unfold. I loved that they were both wanderers and found each other. They were really perfect for each other.