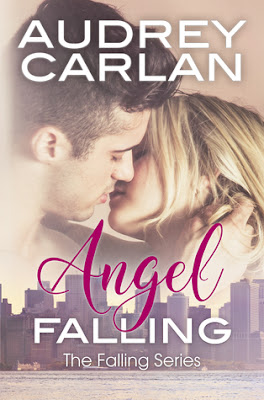 Aspen Reynolds has it all. Wealth, beauty, and a spot on the Forbes Top Ten Most Successful Women list. From the outside, she is perfect. Looks and status can be deceiving. All her life she has fought being the socialite her family has raised her to be. Now at twenty-eight she’s at the top of her game, lacking the one thing she didn’t know she’d ever want.

Accidents happen and lives are changed when Aspen is almost killed. Hank Jensen, the man who saves her, is a hard-working country boy from Texas. Hank is the polar opposite of the rich city boys she’s used to. He’s rugged, gritty, devastatingly handsome, and makes it clear that he wants her in his life and his bed.

Can two people from different worlds find a happily ever after?

Warning: This book is designed for audiences 18+ due to language and graphic sexual content. This novel will be part of a three part series but is written as a standalone between this particular couple. The other two books in the series will focus on different characters with snippets of past couples as the stories move along.

Angel Falling was a really cute read. Yes, it is an instant super attraction turns to love story, but I really enjoyed it. Angel/Pen and Hank are so cute together. It was a really fun read.

Hank has always found Aspen attractive. He is a small town Texas cowboy but is in New York City working on a project his construction company won the bid on. He is working on an addition to a fancy building downtown and every day he sees Aspen walking into work, all prim and proper and put together. He would love to have her for a night, but doesn't think it would be possible to get someone like her. He doesn't really know who she is or anything, just that he is attracted to her.

Aspen is the daughter of some wealthy socialites, but she never really fit in there. She has worked hard for everything she has, and it has paid off handsomely. She is very, very rich. She doesn't have many people in her life that she trusts or cares about, only her sister London and her bff/assistant Ollie. Really without Ollie she would be lost. She counts on him for a lot. He is always there for her, but they are just friends. Ollie is gay and happily living with his boyfriend who he is madly in love with. He was an odd one as I can't picture him in my head. I don't know why, but he kept slipping through my grasp. He was still fun.

One morning when Aspen is heading to work Hank sees that some pipes are about to fall. If they do they will surely kill Aspen so he jumps into action and saves her life. He is hurt in the ordeal, but it is worth it to save his angel in white. And that is where the story start. When Hank gets injured and Aspen feels so thankful to him. She wants to help him and make sure everything he needs to fully recover is taken care of. For Hank he doesn't much care about all that, he just wants a chance to get to know Aspen and spend some time with her.

The two of them have this instant, intense attraction. Pen is usually not one to be so spontaneous or so attracted to someone so quickly or so strongly, but she is. And Hank has had his eye on her for a while so when this opportunity arises he wants to take advantage of it. He wants to get to know his Angel. Oh, they were cute! I am glad it wasn't they were instantly in love. Instead it was they instantly had an attraction, couldn't keep their hands off each other, and that turned into more. Phew, it was hot. Hank, even with a bum shoulder, was on fire. Oh, I loved it.

Now the main problem between the two of them is that Pen keeps thinking how he will go back to Texas and she will be left all alone again. She tries not to fall for Hank, but it is hard. He is just so wonderful and perfect for her. The two of them don't talk a lot about their feelings or what will happen when he is all better and finished with his job there. They don't talk about the future which causes some problems. Hank early on realizes he is all in and wants to be with Aspen, but he is trying to wait until she gets a chance to catch up. He wants to make sure she is on the same page before he reveals his feelings. He doesn't realize she is already there.

There are a few bumps in the road to happiness for these two, but it is worth it in the end. Oh, that last part of the story was heartbreaking. I just wanted these two to work everything out and live happily ever after. I will say one small thing that I didn't understand - the epilogue. I didn't understand why Aspen hesitated on one thing, or why she thought something she found out would be a potential deal breaker. I mean with everything that happened in the story it was obvious that Hank wouldn't care, would be happy with everything, so I didn't quite understand Aspen's worries. It wasn't a big deal, but just one small thing. Overall this was a wonderful read and I look forward to reading more from this author.