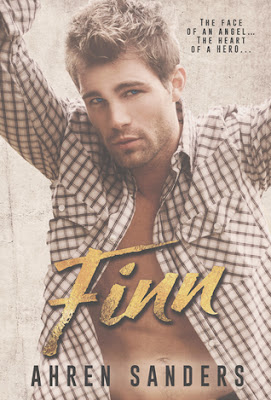 I thought I knew what love was, but I didn’t have a f*%king clue. Now, I’m in the fight of my life to win over the woman who owns my soul. ~ Finn Black

The face of an angel…
The heart of a saint…

One look, one smile, and I didn’t stand a chance. The instant my eyes landed on Presley Chambers, I was a goner. She was a force of nature that turned my world upside down. Sweet, sassy, and sexy as hell, she brought me to my knees.

But she isn’t just any woman, she’s a gift, she’s a goddess, she’s my disease… and I’ll fight like hell to erase her fears.

Sometimes fate has other plans. Now our future is in her hands.

I can only hope she’ll give us the chance we both deserve.

The idea that someone could possess me was insane… until I met Finn Black.~ Presley Chambers

The face of Adonis…
The heart of a hero…

Finn Black infiltrated my safe world the minute he breathed my name. He broke down my barriers and convinced me to take a chance. For the first time ever, I was living my life with a man who promised me a future only dreams are made of.

Sometimes the line between love and longing are tested.

He’s asked me to trust him, to trust us, but the fear of losing him became too much.

Now I must decide if I’m willing to take a leap of faith, and hope he’ll be there to catch me.

Finn was not my favorite story. *Spoilers ahead*

This story was a lot of telling in the way that is over telling. Like too much description of everything so it made the story a lot longer than it needed to be. I don't like it. I don't like all the useless stuff being thrown in and clogging up my story. Sometimes it is just me. Sometimes the descriptions are just too much for me, but it doesn't bother other people, which might be the case here. I just don't like that writing style.

This is the story of Finn and Presley. Finn who works in security, helping save people from bad situations, and Presley who has security issues. She is afraid of losing people and I knew right from the beginning how this story would end. Finn's job would put him in a sticky situation, Presley wouldn't be able to deal with it and would freak out, then they would have to try and find their way back to each other. And that is exactly what happened. Finn did surprise me in that section though. He just gave up when Presley's fears got to her. It didn't make a lot of sense. For him to be all in, she is the one, no one else will do, and then just give up like that didn't make sense to me. I understood he was hurting, but still. You think he would have tried even a little bit to make things right if you are that hung up on the girl.

Finn is also an alpha male in a way I didn't like. He came across as not cool instead of what I normally enjoy. I like alpha males. I like the overbearing guys, but not like Finn was. I am not really sure why. Like one time Presley was at the gym and one of the guys called Finn to let him know some guy had his hands on her. A guy who was a teacher in her class and helping her with her exercises. Not just some random dude, and Finn goes crazy and embarrasses Presley. The way it was written I was just like not cool dude, not cool at all. That is not the kind of alpha guy I like. Well maybe if they have a girl who won't put up with that nonsense and makes him see reason it could be okay, but that was not Presley.

So this wasn't the story for me. I didn't like the way it was written, I didn't care for the characters, I knew how it would all play out from the get go, it just wasn't for me. Oh one other thing. Everyone kept going on about how Presley uses such big words...but she doesn't really. It was like constantly brought up how she uses so many big words...words like divine and stuff. Nothing super crazy or like things I have never heard of. It was such a big deal, brought up so many times, I expected her to have a crazy vocabulary. Instead it was just normal to me. Yeah. This wasn't the book for me.