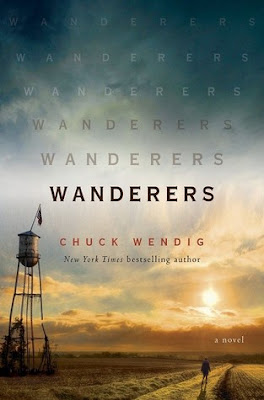 A decadent rock star. A deeply religious radio host. A disgraced scientist. And a teenage girl who may be the world's last hope.

Shana wakes up one morning to discover her little sister in the grip of a strange malady. She appears to be sleepwalking. She cannot talk and cannot be woken up. And she is heading with inexorable determination to a destination that only she knows. But Shana and her sister are not alone. Soon they are joined by a flock of sleepwalkers from across America, on the same mysterious journey. And like Shana, there are other “shepherds” who follow the flock to protect their friends and family on the long dark road ahead.

For on their journey, they will discover an America convulsed with terror and violence, where this apocalyptic epidemic proves less dangerous than the fear of it. As the rest of society collapses all around them–and an ultraviolent militia threatens to exterminate them–the fate of the sleepwalkers depends on unraveling the mystery behind the epidemic. The terrifying secret will either tear the nation apart–or bring the survivors together to remake a shattered world.

Review:
Wanderers was not the book I was expecting, but one I really enjoyed nonetheless. It is a long book but doesn't feel like it. It was a really interesting read and very much reminiscent of the current state of the world.

This book starts with Shana waking up and finding her little sister missing. When she goes to search for her she finds her walking down the road, but unresponsive. Like she is sleepwalking, but you can't wake her up no matter what you do. So Shana stays with her while she tries to figure out what to do and over time more and more people end up sleepwalking with Shana. Where are they going and why is the big mystery and I thought we would have to wait until a lot later in the book to see what is going on, but you don't. Instead it is more of a mystery for a little bit, but then you see what happened and how and how it all plays out. There are the people responsible, and the guy who is trying to figure everything out and how to stop it. People are getting sick and dying and he has to try and figure out what is going on there too.

Then we also have the crazy white supremacist people who, because the world is going downhill and leaders are getting sick and dying have risen up and are trying to take over. To make the US a white only country because they are horrible, awful people like that. Now these people really remind me of the world today. Of what is happening. I grew up with these people surrounding me and it seems like they really would use any advantage they had to kill those they hate.

Throughout everything the sleepwalkers keep walking. Them and the loved ones that start following and helping out trying to keep everyone safe. This book didn't play out the way I thought it would, but it was really interesting reading all the storylines and seeing how they all interacted. What was happening and what happened in the long run. It is one of those books that is answering what if? What if there was a superbug that was killing everyone? What would happen and how might it all play out. It was an interesting read and I really enjoyed it.