First off I must say this as I wish I had known going in - the ending of this book is nowhere near as bad as the ending of Motion. Not as cliffhangery as Motion. Not as devastating as the first book. Whereas at the end of Motion I was sure there was something wrong with my copy of the book as there had to be more because how can you leave me like that to wait for the next book?!?! When I got to the end of Space I was okay with it. I felt hopeful that everything would indeed work out and these two would live happily ever after forever because they so should. It felt like more of a pause than a cliffhanger.

Going into this book I was a bit hesitant because a) I didn't want it to end and I was dreading being devastated and having to wait for book three and b) I didn't want to hate Abram. I could totally see where he could be an absolute jerk to Mona because of what happened, because she lied to him and he was heartbroken, and I loved him so so much in Motion I didn't want this book to ruin that. I didn't want this book to ruin him and then have to work to make me like him again. But that didn't happen. In fact I think I may love him more than I did originally if that is possible. He would get angry and upset and try to be indifferent, but oh my heart ached for him. For how long he has been in this limbo of not knowing what was real and what wasn't. Of thinking that Mona used him and is off living her life never once thinking of him again. Or maybe laughing with her sister about their time together in Chicago. And yet, even with all of that, he can't stop thinking about her. Can't stop wanting her, being inspired by her once she is around, wanting to make sure that she is okay. I loved Abram so so much. He has a sensitive heart, but a heart that knows what it wants. He is such a sweetheart and I cannot wait for more of his story!

And Mona? Oh, my heart breaks for her as well, but for different reasons. Because she keeps herself separated from people so they don't hurt her. Because she feels like she has to earn everything and if it is just given to her she doesn't deserve it. Because her parents were famous musicians and taught her that musicians are not monogamous ergo Abram won't be so it will never work between them. She hides from her emotions so much, she keeps her walls up really high so no one can get through. Though it is difficult being around Abram since she still cares for him so much and it is hard at times to keep those walls up. To not want to be with him even though it won't work out. Because he hates her which he has every right to. Because he is a musician and she is just a genius. Oh I loved Mona too. I want everything for her.

This story was everything. It was so much better than I had anticipated and I thought it would be great. I absolutely adored the first book and this book was just as amazing. All of my thoughts of how this story might go were thrown out the window pretty much from the get go. Which was awesome. Because this story was so much better than I had ever imagined it would be. Mona and Abram have some issues to overcome for sure, they need to deal with what happened in Chicago and everyone needs to know all the details, but they are perfect for each other. They both want the other and no one else so you know they have to find a way to work it out. I loved these two so much, love how they interact and think about each other, how they work together. Right from the start you can feel their connection. It might have only been 6 days in Chicago, but 6 days was enough for them to be imprinted so strongly onto each other. For them to both still be thinking about the other over 2 years later. I love this story. Mona and Abram are incredible together and I can't wait for the last book!! 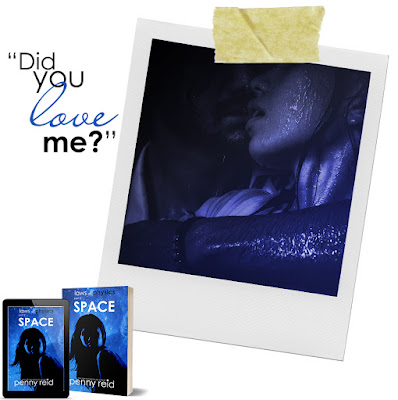 “Hi—hello,” she said, stepping forward but not out of the way, drawing my attention.

She was still staring at me, her face still pale, but her eyes had turned searching instead of stunned.

“I—” She stopped herself, swallowing, her gaze dropping to the front of my coat, a cute little frown furrowing her eyebrows. In the next moment, she was pulling off the glove of her right hand. Abruptly, she shoved the ungloved fingers toward me, returning her eyes to mine. “I’m Mona.”

I suppressed my disbelief at her small action before it could break my outward mask of calm. I wasn’t calm. Just to be clear, I was the opposite of calm.

The fact that she was introducing herself to me now meant that she thought I was too stupid to figure out her lies over the last two-and-a-half-fucking years. She was arguably one of the smartest people in the world, after all. To her, people like me must seem like housebroken pets. So it shouldn’t have surprised me. But it did. The tension and tightness around my ribs reappeared, squeezing uncomfortably.

Dropping my attention to her bare hand, I pressed my lips into a tighter line, dismissing the way my pulse jumped at the sight of her wrist, the olive tone of her skin under the yellow string lights overhead. Glaring at her outstretched offering, I considered telling her to go to hell.

I considered it, but I wouldn’t. I didn’t trust myself to speak, that was reason number one.

The other reason was harder to explain, or use as a justification, or admit to myself. Staring at her hand, I braced against a sudden flare of hunger. She might consider me a lower life-form, but that didn’t change the fact that I wanted to touch her. I wanted to touch her more than I wanted to tell her to go to hell, and that was fucking pitiful.

But there it was.

Acting on the compulsion, I lifted my right hand and tugged off the ski glove, sliding my warm palm against her much colder one. Her hand felt good in my hand, the right weight, the right size, the right texture, and I inhaled freezing air.

Mona also seemed to suck in a slow but expansive breath as our hands touched, held. This brought my eyes back to hers in time to see her lashes flutter. Pink colored her previously pale cheeks. The sound of the wailing wind, the sting of the air and frost momentarily melted away, leaving just her, her soft skin warming against mine, her beautiful face filling my vision.

She really was. She was stunning. I hated that she was still so beautiful to me. 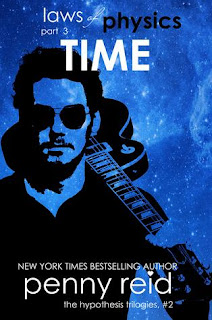