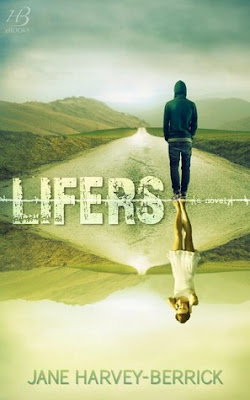 After eight years in prison, twenty-four year old Jordan Kane is the man everyone loves to hate.

Forced to return to his hometown while on parole, Jordan soon learns that this small town hasn't changed since he was carted off to juvie all those years ago. He is the local pariah, shunned by everyone, including his own parents. But their hatred of him doesn't even come close to the loathing he feels every time he looks in the mirror.

Working odd jobs for the preacher lady, Jordan bides his time before he can leave this backwards town. But can distance erase the memories that haunt him? Trapped in the prison of his own mind Jordan wonders if the pain of living will ever subside?

Torrey Delaney is new in town and certainly doesn't behave in a way the locals believe a preacher’s daughter should. Her reputation for casual hook-ups and meaningless sex is the talk of the town. Add that to her budding friendship with the hardened ex-con handyman, and the good Reverend is less than thrilled with her estranged daughter’s path.

As friendship forms, is it possible for two damaged people who are afraid to love take their relationship to the next level? Can Torrey live with Jordan’s demons, and can Jordan break through Torrey's walls? With the disapproval of a small town weighing heavily on them, will they find their place in the world? Can they struggle against the odds, or will their world be viciously shattered?

Is love a life sentence?

Due to scenes of a sexual nature, not recommended for under 18

Lifers was surprisingly a great read. I went into it thinking I am not sure about this, but it was a really sweet story. I really enjoyed this one.

Jordan Kane is out of jail on parol. He has to live in his hometown where everyone hates him. He hates himself as well. I mean he deserves every terrible thing people say about him. He is the worst.

Torrey is new in town and doesn't know that she is supposed to hate Jordan. The town doesn't fully love her either, but when she sees Jordan needs help she can't just sit by and not do anything. She can't be cruel to him just because he made a mistake in his past. He served his time, she can tell he doesn't think he is good or worthy of much, but she is not going to just turn her back on him like the town seems to think she should.

As Torrey learns more about Jordan and his history it becomes clear maybe things aren't as black and white as the town, Jordan's family, and even Jordan seem to think. She sees him like others haven't and it was really great to watch unfold. Jordan has a lot of demons he needs to face if he is ever going to have a happily ever after, and Torrey wants to help. When he starts working for Torrey's mom, the town preacher, they have plenty of time to get to know one another. But pretty much no one is happy they are spending time together. Especially not the hypocritical preacher.

Now this was one of my favorite parts because I grew up in a small, very religious town, but the people sure didn't act like they were following the word of God. I am not religious, but I would try and help someone in need where as many in my town would turn away. The whole story with Jordan and the precher was great. I loved how Torrey stood up to her and helped her see how un-christian she is being with him.

Torrey has her own demons. While she is stong and funny and independant she is also insecure. The two of them were great together. Jordan is trying to figure out how to live in the real world now and oh, I really enjoyed this one. I wasn't expecting much from this book, but it was wonderful. I will definitely be reading more from this author.