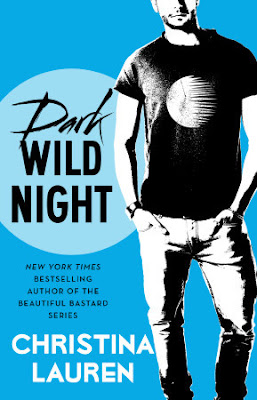 What happens in Vegas, stays in Vegas.
But what didn't happen in Vegas seems to follow them everywhere.

Lola and Oliver like to congratulate themselves on having the good sense to not consummate their drunken Las Vegas wedding. If they’d doubled-down on that mistake, their Just Friends situation might not be half as great as it is now.

In reality, Lola’s wanted Oliver since day one—and over time has only fallen harder for his sexy Aussie accent and easygoing ability to take her as she comes. More at home in her studio than in baring herself to people, Lola’s instinctive comfort around Oliver nearly seems too good to be true. So why ruin a good thing?

Even as geek girls fawn over him, Oliver can’t get his mind off what he didn’t do with Lola when he had the chance. He knows what he wants with her now ... and it’s far outside the friend zone. When Lola’s graphic novel starts getting national acclaim—and is then fast-tracked for a major motion picture—Oliver steps up to be there for her whenever she needs him. After all, she’s not the kind of girl who likes all that attention, but maybe she’s the kind who’ll eventually like him.

Sometimes seeing what’s right in front of us takes a great leap of faith. And sometimes a dark wild night in Vegas isn’t just the end of a day, but the beginning of a bright new life...

I loved Dark Wild Night! So much. Lola and Oliver were so cute together! Oh my goodness I never wanted this one to end.

Lola and Oliver were married one crazy night in Vegas, but they never consumated their marriage and broke it off. But they did remain friends. Friends who both are crazy about the other but think the other doesn't like them like that. Oh, it was fun.

Oliver has always liked Lola. When they were married in Vegas he knew it would be easy to take Lola back to his room and have his way with her, but even then when he first met her he knew she would be so much more than a one night stand. And he didn't want it to be just that. He didn't think he could handle only having one night with her so he made sure nothing happened. Only they live in the same town and she comes into his comic store all the time and they are best friends. He is her biggest cheerleader and supports her however he can. Whatever she needs he is there for her. I loved Oliver.

Lola likes Oliver as well. She has a huge crush on him, but knows he doesn't see her like that. If she can just keep her feelings from ruining their friendship everything will be fine. Until...it seems like maybe he does like her as more than friends after all? Lola was a bit...she gets in her head and thinks things to death and gets in the way of her own happiness. She has never had a good long term romantic relationship and she worries that if things progress with Oliver she could loose him forever. And she can't have that. She needs Oliver in her life, if only as a friend.

When Lola starts getting more attention than she is used to, when her graphic novel is picked up to be made into a movie, things get a bit crazy. She is not one for the spotlight, she prefers to keep to herself and do her own things, but with everything going on she gets overwhelmed easily. Trying to juggle the movie, her feelings for Oliver, and the new graphic novel she is supposed to be working on things start getting missed. Deadlines come and go and she didn't even realize it until it was too late. And that is not her. Can she figure out a way to juggle everything, work and her love life, and have that happily ever after with Oliver that she has been dreaming about?

These two were great together. They both love the same things, they are there to support one another, but sometimes you have to take a step back to see what was right in front of you all along. I loved Oliver and Lola and I loved their story! It was cute, and fun, and hot, and everything!