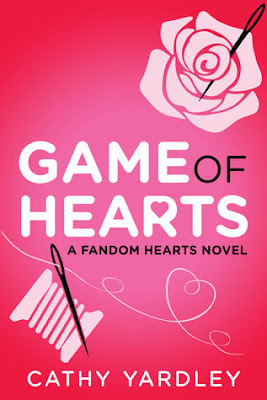 Kyla Summers has been offered the opportunity of a lifetime to get her cosplay business off the ground, and only one thing stands in her way. She needs someone to take over the auto shop, and there’s only one person she can think of to call…

Jericho Salomon hasn’t been back in his home town since he joined a biker gang and rode off nine years ago. When his best friend’s kid sister calls begging for help, he knows that he owes the family a debt and he intends to pay. This is easier said than done once he finds that the kid is all grown up…

She needs a pair of skillful hands. He needs to keep his hands off. When sparks begin to fly, can they keep things strictly business, or will their hearts get hopelessly tangled? No more games, it’s time to play for keeps.

Kyla Summers is one of those people who will do everything needed even if it means she doesn't get to do what she really wants/needs to do. That will take on the responsibilities of others even though that is not really fair to her. She works with her brother at their auto shop (that they took over from their dad) only her brother doesn't really pull his weight. He goes off on vacations leaving her to do everything herself. He doesn't do the back end stuff because he doesn't want to/she will do it/she is better at it. She has been working her butt off in the shop, but she always wants to try and get her cosplay business up and running. She loves making cosplay costumes, but her brother always makes fun of that and belittles her accomplishments there. I was not a fan of the brother in this story.

Jericho was best friends with Kyla's brother and growing up he practically lived at their house. She has always had a crush on him, but he didn't know. When Kyla's brother breaks his arm on vacation and can't be there to help in the shop Kyla breaks down and calls Jericho to see if he can help. She knows he likes to wander and do his own thing, but he is a great mechanic as well. And she has the opportunity to really help her cosplay business, but only if she has time to actually work on her costumes. Without help there is no way she will be able to do it all.

When Jericho gets the call from Kyla he is there. He owes so much to her family so of course he will help out for as long and she needs. He hasn't been back to his hometown since he left years ago as soon as he could. He knows it will be tough to go back, but he would do anything for his friends. He wasn't expecting this attraction to Kyla though. He is staying with her and she is so strong and impressive. What she is doing with her costumes is pretty amazing so he definitely wants her to fulfill her dreams. He will do what he has to to make that happen.

These two were really cute/hot together. They both like each other, but don't think anything will ever come of it. Jericho has a not so good history with his hometown so Kyla doesn't expect him to stay because of that. So maybe they can just have some fun while he is there then go back to just friends when he leaves...of course it doesn't exactly work out like that. Feelings get involved, Jericho has some other issues with his motorcycle guys to deal with, there is just a lot going on. But if it is meant to be they will figure it out. They were a lot of fun to read.