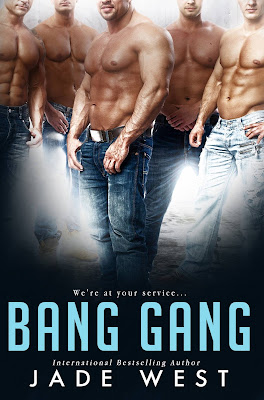 It’s one thing knowing your ex-boyfriend is a bit of a player, but it’s another thing altogether to find out he’s pimping himself out to anyone who’ll pay good money for it.

Not just himself, either. That would be far too regular for Darren Trent.

Darren Trent – my teenage sweetheart and father to my two young girls – is not just whoring himself out. Oh no. Darren Trent pimps himself out alongside four of his mechanic friends – all of them at the same time.

They call themselves the Bang Gang… you can imagine.

In a village our size I should keep my head down and hope the scandal blows over before the girls or my poor old Nanna catch wind of it.

Only it’s not blowing over. Far from it. It seems every woman in the village wants themselves a five-mechanic sandwich.

They make no qualms about it, either. Just rock on up to my café counter and ask how they can book themselves in for a Bang Gang special. Like I would know.

I definitely wouldn’t know. I hardly even know Darren Trent anymore. We split up a lifetime ago.

And even if I did, I wouldn’t act on it. I wouldn’t draw the money from my savings account and have a go for myself.

And even if I did that. I definitely, definitely wouldn’t fall for him. Not again. Not after everything we went through. Not after splitting up the first time nearly brought me to my knees.

Not after settling into a decent routine, the girls and me, with no drama, no heartbreak, no crazy passions to rock the calm little boat we’re sailing on.

I mean, who would be stupid enough to risk all that over a hot, sweaty, oily bit of rough like Darren Trent?

Phew! Jade West sure knows how to write an awesome book. Her books are always so so so hot and I love love love them. Besides that she always manages to write a fantastic story with characters I fall in love with. It is not just super hot sexy time with her, it is super hot sexy time with a super amazing story to boot. I love it! She is a filthy genius! I am so glad I found her stories because they are always some of my favorites and Bang Gang was no exception.

So Bang Gang. Man, this story. I loved everything about it. The sexy times? Phew! Like the authors other stories this is one to read when your significant other is around if you know what I mean. It will be good for them. I mean a gang bang with super hot mechanics? Yes please. I want to read that. If that was all it was I would have been happy. Add the super sweet story of Darren and Jodie and this book has everything I want in a story. More than I imagined it would be. Just like all her books. From the titles you know what you are getting yourself into, but not completely. You don't know how much you will care for the character and what happens to them. Oh, just go get this book. It is amazing.

This story follows Darren Trent and his ex-wife Jodie as they start to maybe come together again. Things fell apart awhile ago, but they both still love the other. They both have loved each other since forever, and they tried, but it just didn't work out for them. They have two adorable girls and these characters man I tell you. I loved them. They are so cute! Ruby especially. Plus Darren is amazing with them. Yes, he is a mechanic, and yes he and the other guys who work at the shop offer special extra services to willing ladies, but oh I loved him. He is so amazing with his kids. I absolutely loved how great he was as a dad. Nothing would get between them. He never minds being there when Jodie needs him and will do anything needed for all of them. He was so great and a wonderful father. He cares deeply, but doesn't always let it show so much.

When the bang gang sleeps with one of the gossipy locals everything starts to change. For one thing Jodie finds out about Darren's side job. The whole town is talking about it. For another she is intrigued. Can she book one of these gang bangs? Does she dare? I mean look at Darren. He has definitely gotten better with age, and she still wants him. So maybe this will be a way to have him without risking anything.

These two killed me. Darren definitely still loves Jodie and wants to try and make something work, but he doesn't know if she does or not. So he doesn't say anything. He is not the best with words at the best of times. He keeps a lot of his thoughts and feelings to himself and ah! I understand, they both do this, but if he would just talk to her they could work things out!

Jodie definitely wants Darren still, but she doesn't think he wants her like that. After all he proposed to his girlfriend not long after they separated and she is still not over that. Of course there is a lot of back and forth, a lot of miscommunications, some intentional on some characters parts, and some an accident, but these two have that forever love between them. If only they can finally sit down and talk they could have their happily ever after. It took a while to get there, and I was heartbroken at times for these two, just really devastated by some of the events that happened towards the end, but it was worth it. How this author makes such sweet, romantic stories out of super dirty, amazingly hot sexy time premises amazes me. I get so wrapped up in the story I can't help it.

This was way more than I thought it would be. I knew it would be hot, I knew I would love the sexy times, but I didn't realize how amazing the story would be as well. How much I would fall for these characters and love everything about them. I should have know, but still. I loved this story. It was wonderful. This is not just some fluff story to have lots of hot sex, no this is an amazing story that encompasses that as well. If you have read the authors other works you won't want to miss this one. If this is your first then enjoy. I am sure you will want to read more once you finish. Such a great read. 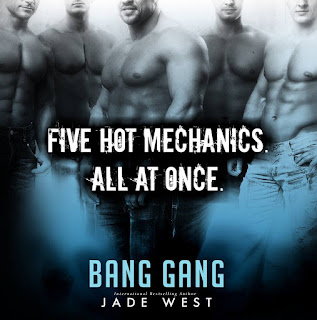 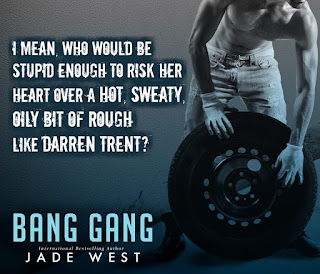