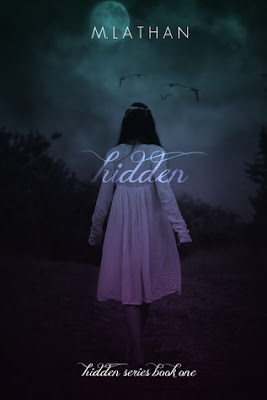 Sixteen-year-old Leah Grant has given up on being normal. She’d settle for stopping the voices in her head, intrusive visions of the future, and better odds of making it to her seventeenth birthday.

That’s the thing about pretending to be human in a world where magic used to exist – at any moment, her cover could be blown and she’ll be burned to death like the rest of the witches.

Everything changes when she loses control of her powers and flees the orphanage she grew up in. She desperately wants to be invisible but finds her face plastered on every news channel as humans panic over the possible resurgence of her kind. And now the hunters won’t give up until they find her.

Making friends for the first time in her life and falling in love with one of them drives her to discover why she is unlike any being she’s ever met – human or otherwise. The dangerous powers inside of her that would repel Nathan, her new, handsome reason for living, are priceless to some. The locked up forever kind of priceless. And to others, they are too dangerous to allow her to live.

Let’s hope she can stay hidden.

Hidden has an interesting premise, but the execution of the story I found to be only so so. Leah, a girl with magical powers, is hidden away in a Catholic orphanage when magic is seen to be a bad thing. She doesn't know much about her magic and tries to keep herself in check and get rid of the voices in her head, but she can't. The mean girls at school keep tormenting her until finally she has enough and almost takes them out when she loses it. Good thing someone comes to save her and spirits her away to a safe house.

Now that whole first part was alright. Learning about Leah in the orphanage, trying to figure out what is happening, it was fun. But once she is hidden away in the safe house the story really went downhill for me. She has been so sheltered her whole life she can't seem to talk to anyone else who is living there, but then she meets Nathan and it is apparently insta-love. She would do anything for him because she loves him so. I didn't see it. It was way too sudden. Plus there is a mean girl there in the safe place - why is she allowed to stay? I mean you needed her for the story to go where it does, but it didn't make a lot of sense. If you can't be kind to your peers why should they help you? She was really terrible to Leah and I didn't understand why no one did anything about it. Then the story just meandered down this meh path, Nathan and Leah in love, mean girl being mean, and things happening.

Like I said it was an interesting premise, but I didn't like how it suddenly turned into teen insta-love hour. That and Nathan says some pretty terrible things about Leah when all is said and done, and she just takes him back in an instant. It was lame. She should at least have made him work to get her back. So an interesting idea, but not a very good execution.